Intel’s Coffee Lake CPUs are part of the 8th generation of processors.

Last week, Intel released their Coffee Lake-based 8th generation CPUs. Intel has been usually refreshing their processors at the beginning of each year, but this one happened a few months early. (Earlier in July, Intel’s X299-based Skylake-X CPUs also experienced a rushed launch.)

It seems that AMD’s Ryzen CPUs really did light a fire under Intel, with the underdog AMD slowly earning the hearts of both reviewers and customers around the globe. But how does Intel’s newest Coffee Lake mainstream flagship CPU, the i7-8700K, compare to AMD’s Ryzen 7 processors, as well as the previous generation’s i7-7700K?

AMD’s marketing slide comparing the Ryzen CPUs to their competition.

However, many have questioned the need for the latest Threadripper processor, the 8-core 16-thread 1900X, on the high-end X399 platform. After all, a cheaper CPU with the same core count, the Ryzen 7 1800X already exists on the much cheaper AM4 platform. Coming in at $550, its direct competition would be the 8-core 16-thread Intel Core i7-7820X, priced at $600. How do these processors compare?

AMD’s RX Vega, the gaming version of AMD’s long-awaited high-end GPU architecture, finally saw its release this month. While RX Vega 56, the smaller brother of the full Vega GPU, offered great price-to-performance compared to NVIDIA’s price-equivalent GTX 1070, the story is different with RX Vega 64 when comparing it to its price-equivalent, the GTX 1080.

AMD first mentioned the Vega GPU architecture over a year ago, even before the launch of its Polaris graphics cards. It was slated for an early 2017 release, but due to mysterious circumstances was pushed back and back, theoretically coming to market in late June with a Titan X-style Frontier Edition — a prosumer Vega GPU-based graphics card starting at $999.

Now, it’s mid-August, and AMD has finally released the gaming-oriented RX Vega 64, with its smaller brother Vega 56 coming on the 28th of August. But how do they compare to the current competition, the GTX 1070 and 1080? Let’s find out.

This year is a good one for the AMD CPU department. Starting from March, AMD has been throwing one punch after another at Intel with their Ryzen 7, Ryzen 5, and Ryzen 3 line-up of desktop processors.

Last week, the final uppercut has been struck with the Threadripper line-up of high-end desktop (HEDT) CPUs, going up to 16 cores and 32 threads in one package. Let’s look at what different reviewers have to say about the Threadripper 1950X and 1920X while comparing it to Intel’s current highest-tier CPU, the Core i9-7900X.

Ryzen 7 released nearly half a year ago in March, with Ryzen 5 coming out a little while later. AMD has finally unleashed their lowest tier Ryzen 3 processors: the Ryzen 3 1300X, coming in at $140, and Ryzen 3 1200 at $110. Ryzen 5 and Ryzen 7 are considered the better buy for the general user, unless their desire is gaming and only gaming, in which case an i7-7700K is the better choice. It is now Ryzen 3’s turn to face off against Intel’s similarly priced dual-core hyper-threaded Core i3 CPUs. 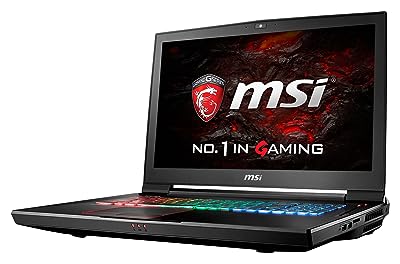