For both gaming and content creation, having a 6-core/12-thread CPU for the $220-250 price point is excellent. As such, we’re going to create two powerful example builds to give you an idea for what you can make yourself.

The 1600X and 1600 can be used interchangeably with the two builds, so feel free to swap as you see fit!

I’m a contributing writer for Logical Increments, but I’m also a fan and a user of LI’s build guides and other resources. Some of the research for my own workstation PC build happened on this very site in the middle of 2016. The video above is a walkthrough of my PC building experience last October, which resulted from that research here and elsewhere.

Below you can find some more details on the build and video, as well as a full parts list.

NVIDIA has just released the GTX 1080 Ti, with the company claiming that their new card is up to 35% faster than the already beastly GTX 1080 in some instances. If you’re going for an all-out gaming PC, look no further.

We’ve crafted three different PC builds to take advantage of NVIDIA’s new powerhouse graphics card: One with an ATX Full tower, one with an ATX Mid Tower, and finally a small form factor build. The ATX builds are using AMD’s newly released Ryzen 7 1800X and 1700X chips to make well-rounded workstation builds, while the SFF build will be using an i7-7700K, still the best gaming CPU.

All the builds are targeted at 1440p or 4K gaming, which is where the lower single-threaded performance of the Ryzen CPUs is less of an issue. Click on the links to go directly to the product page.

The Ryzen 7 1800X is AMD’s flagship CPU in the new Ryzen lineup. We have put together an example PC build  that should get the most out of this monster 8-core CPU!

With blistering multi-core benchmarks, including reports of crazy 8-core overclocking records, this PC should give you an impressive editing workstation or a gaming beast. Below are parts recommendations, along with budget options or more powerful alternatives. The standard build totals $2,185.

[Note: As we were preparing to publish this article, we saw that many of these parts are now temporarily out of stock. Ryzen fever has hit, and we hope that parts are available again soon.]

The Ryzen 7 1700X is a personal favorite “sweet spot” CPU of ours in the new Ryzen range. We have put together an example PC build that should get the most out of this powerful 8-core CPU.

With impressive multi-core performance, this PC should give you an impressive gaming PC or a powerhouse workstation for editing. Below are parts recommendations, along with budget options or more powerful alternatives. The standard build totals $1,535.

To celebrate the release of the Ryzen 7 1700, we’ve put together an example PC build that will get the most out of AMD’s new CPU. With an insanely low TDP of 65W for an 8-core CPU, this should be an interesting one!

This PC is excellent for many workstation applications, such as video editing, and it’s even a very good gaming PC. Below are parts recommendations, along with budget options or more powerful alternatives. The standard build totals $1,150.

My black-and-white build with blue carbon fiber wrap, without its side panels

I am not an opponent of LEDs… in moderation. My own PC case has a strip of white NZXT LEDs running all the way around the edges of the inside, just to provide a nice, cool, even illumination. But it is simply beyond doubt that LEDs are one of the most common and most divisive aesthetic accents in the PC hardware world, and their ubiquity is only increasing as manufacturers are shoving them into everything.

Whether you’re looking for ideas for how to give your build some visual flair without the glow, or just hoping to meaningfully supplement your LED array’s existing look, seek no further.

This list has five straightforward ideas for how to alter your case or components in alternative, good-looking ways. And this article won’t be relying on wild gimmicks like custom wood cases or builds submerged entirely in mineral oil.

Build a PC or buy a console? The debate rages on…

With the release of the PlayStation 4 Pro over the holidays, the debate over the performance needed for 4K gaming on PC has been fierce. With games like Last of Us Remastered running in the PlayStation 4 Pro’s 4K 60 FPS mode, it is a testament to the level of optimization that can be achieved when working to a single specification. Yet what sort of performance can a PC builder get for the same $400? 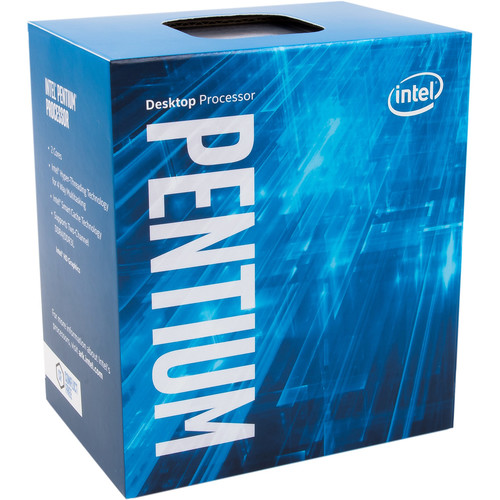 The Pentium is back, baby.

The Kaby Lake Pentium G4560 is the new king of budget gaming CPUs. The G4560, and big brothers G4600 and G4620, offer gaming performance similar to CPUs costing hundreds more. I put together a maximum performance for value $500 build, pairing the G4560 with the powerful RX 480. This build will handle even demanding modern games at 1440p.