Otherwise known as ‘the unofficial RTX 3090 hype build,’ in this guide we take a look at what is needed to achieve 8K gaming in today’s market.

But My Eyes Can Only See…

So, the supposed maximum resolution of your eye is roughly 576 megapixels, yet your eyes don’t really work that way, so don’t worry about it. The main piece of advice regarding resolution that I tend to give people is this:

“Pick a resolution that suits your use case and viewing distance to give you your own optimum experience.”

Now, what does that mean?

Well, someone who does editing or graphic design might want a larger surface area, so they can benefit from a higher resolution and screen size. If you are someone like me who plays games and also does some editing work, your screens may be similar to my pair of 24″ displays. So, I might want to step up to a higher resolution for the workspace, but it’s going to make my pixel size a lot smaller.

Similarly, someone sitting at a desk won’t need (or usually want) an enormous screen directly in front of them, nor will a person viewing from their couch want the monitor on the opposite wall to be tiny. This is why viewing distance is also crucial.

Still, you typically want to scale the screen size up as you increase resolution, to take advantage of the additional detail that becomes visible with the additional pixels. This is why a lot of the 8K TVs come in at 65, 75, 82, and 85-inch models. Now, that is great for sitting back and viewing 8K footage, but, again, it’s not really going to make for a practical workstation desktop display (which usually come in well below 40 inches).

However, this guide isn’t about being sensible. It’s about 8K gaming. Everything is bigger in this guide, so let’s get into it!

Before we discuss some monitors and accessories, we need to look at building our monster PC to handle all that screen real estate. The focus here will be to attempt to avoid any bottlenecks as much as possible, in order to push the graphics to the maximum! 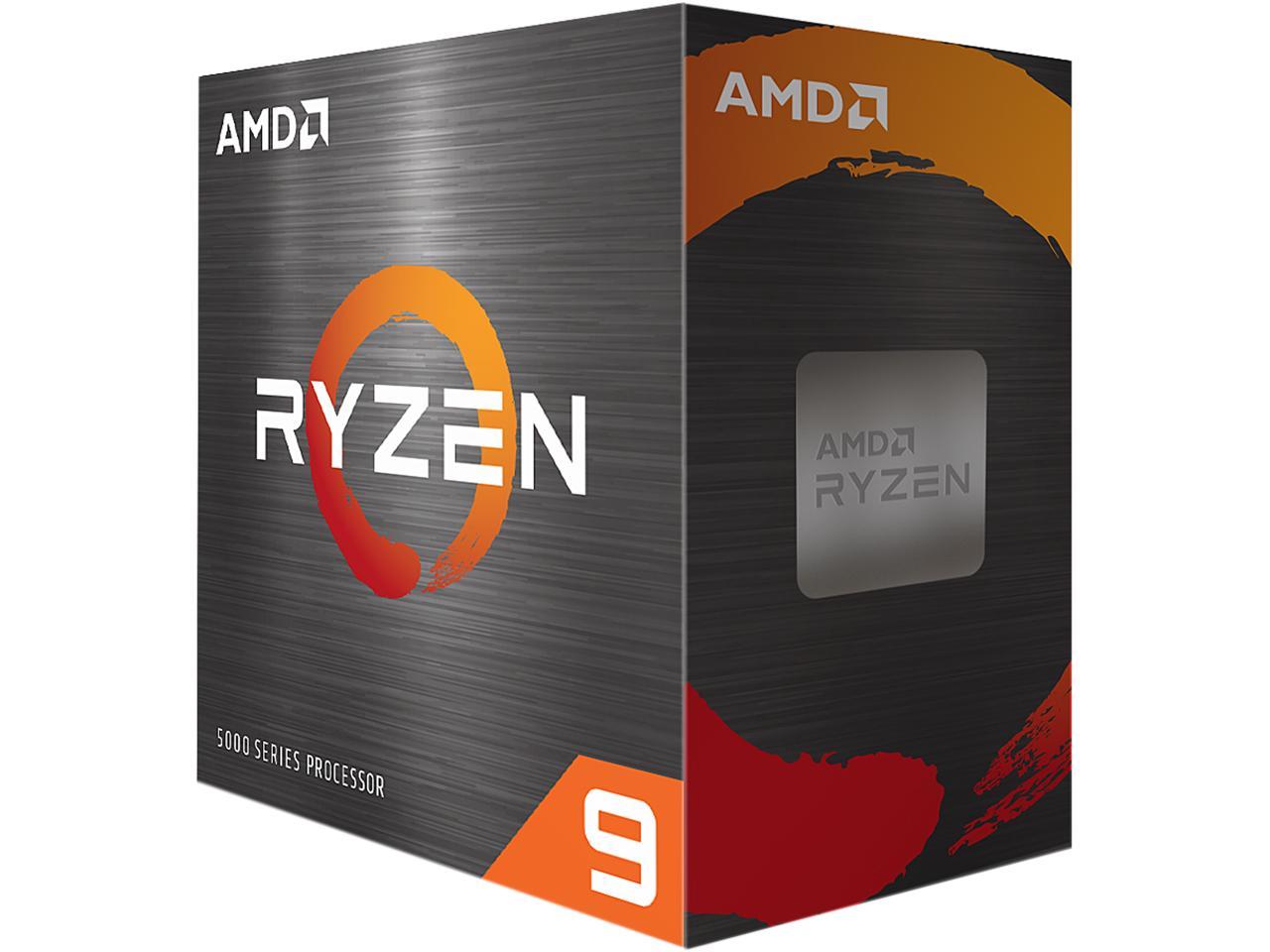 So, believe it or not, a current-gen R9 or i9 is really the base level of CPU you should be looking at. It has a whopping 4.8 Ghz max single-core speed out-of-the-box, yet we won’t be leaving it at out-of-the-box performance. By pushing an overclock as far as we can without causing problems, we can give ourselves the best possible chance of smooth performance in 8K applications. 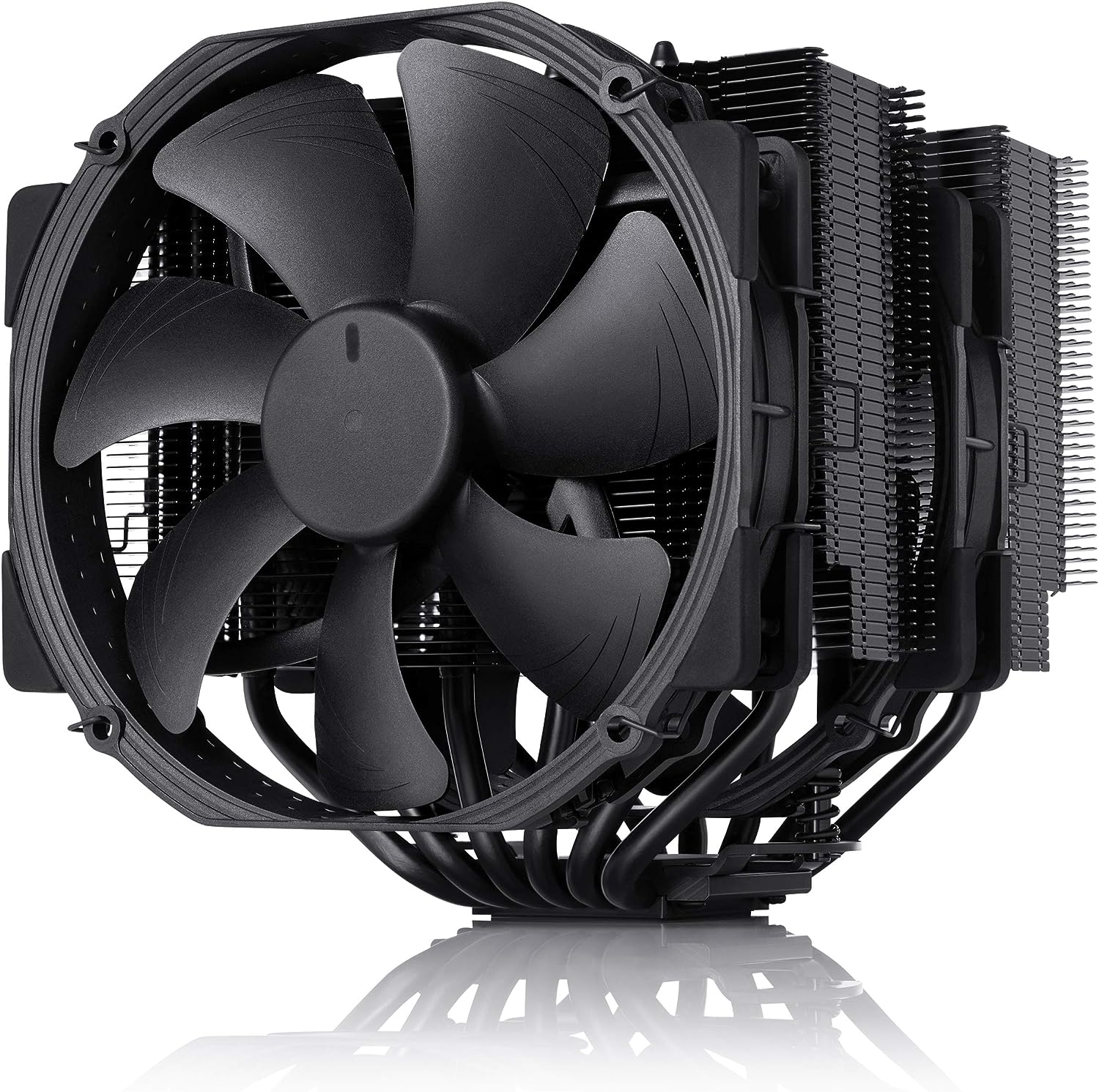 This is the massive chunk of metal and fans we’re using to cool the beast. This specific choice incurs $10 extra to get the Chromax Black edition rather than the standard version—to avoid Noctua’s perennially ugly classic color scheme of silver, brown, and brown.

We usually don’t advise using aftermarket thermal compounds, as for the most part builds don’t really benefit from them. However, in this case we’re going to be pushing the CPU to its limits (under air at least), so having a superior conductive solution is a solid investment for the price. Do note that this is a thermal grease, so you have to have an even spread across the CPU as much as possible. We would recommend watching some videos on how to apply this, if you’ve never used it before!

This has essentially the same stock speeds as the standard NVIDIA version of the RTX 3090. However, unlike NVIDIA’s new cooler design, this comes with a more traditional triple-fan design, which may aid us in further overclocking endeavors. This is the monster that may be able to open the door to the sweet 8K gaming ‘promised land.’ Also, important to note: it’s listed as a 2.7 slot card, so realistically it’s taking up 3 expansion slot’s worth of space. 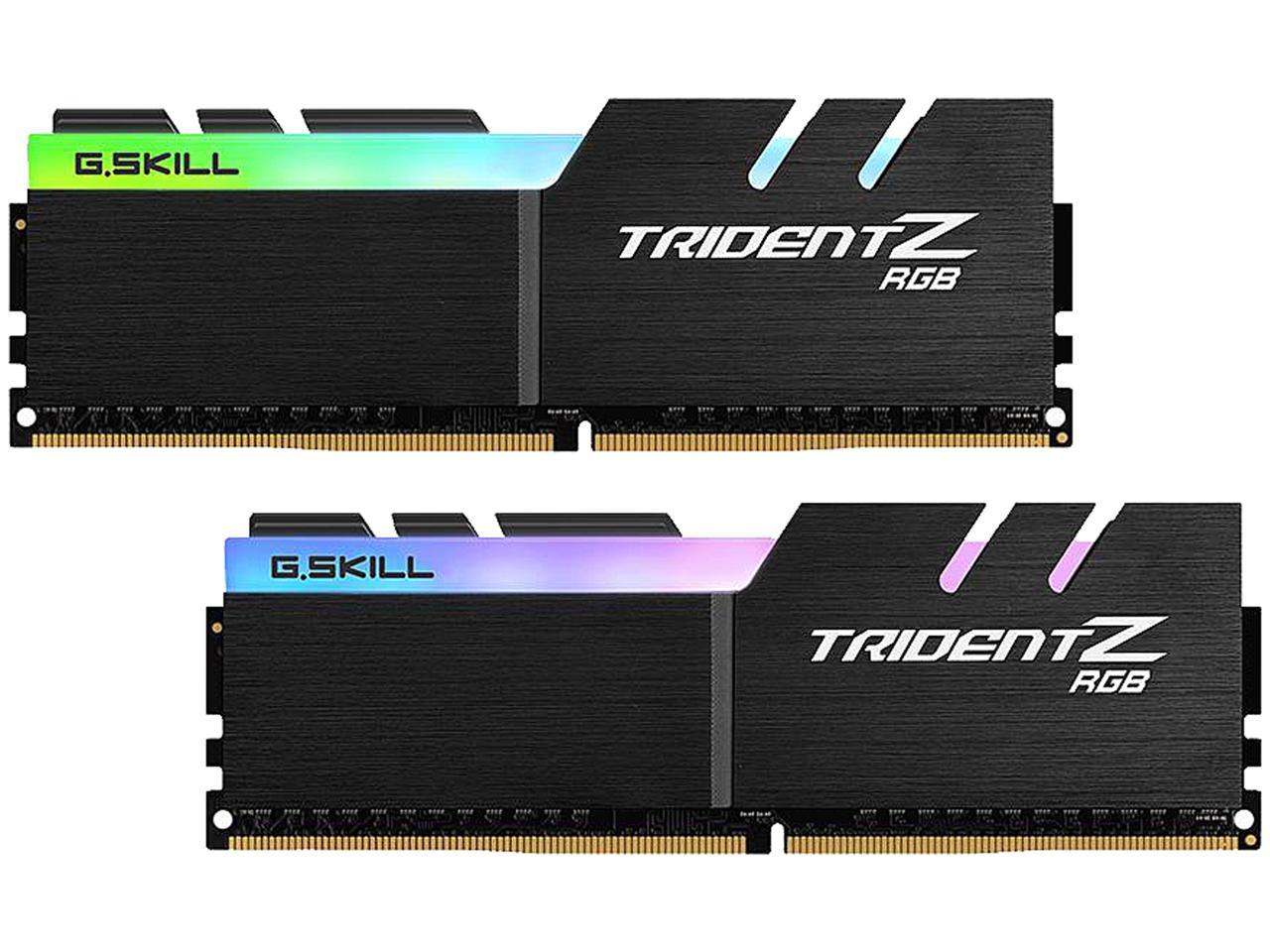 This set of RAM is some of the fastest available for our motherboard; it’s a speedy 4000MHz kit from G.Skill. Although you can go faster than this, after this point you start to get into the really silly money for very tiny gains, so—at least for this build—we’re not going to make that leap. We’re already talking almost $300 for a 32GB kit here, so we’re at the limits of non-silly as it is! 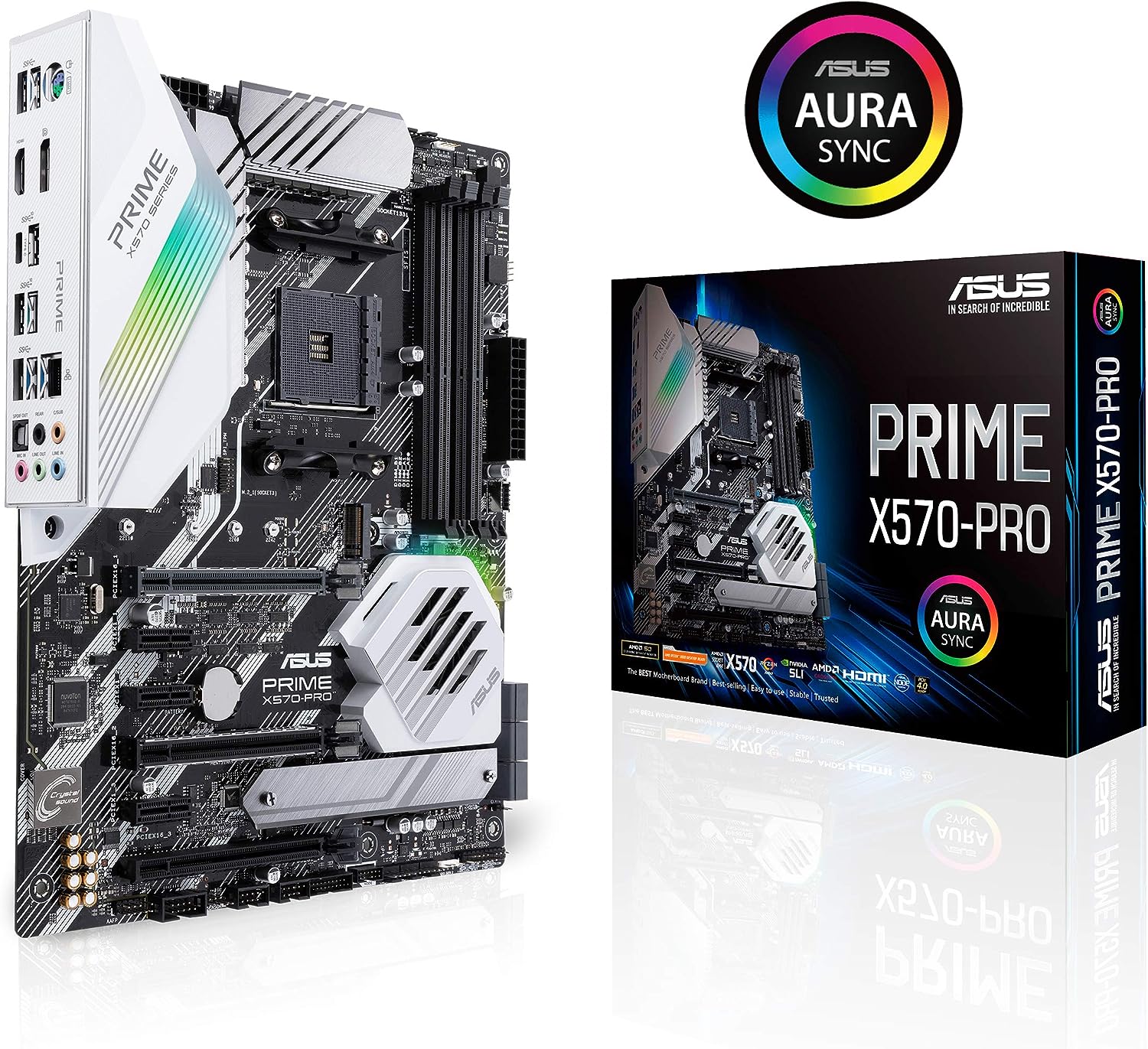 Again, we arrive at the last stop before boarding the train to silly town by choosing the X570-Pro. I’m personally not sure if the first thing I’d focus on the product page is the number of RGB headers and AURA RGB LEDs (maybe it’s the go-faster stripe effect), but it does look awesome… and also comes fit to bursting with features and I/O for the build, of course. 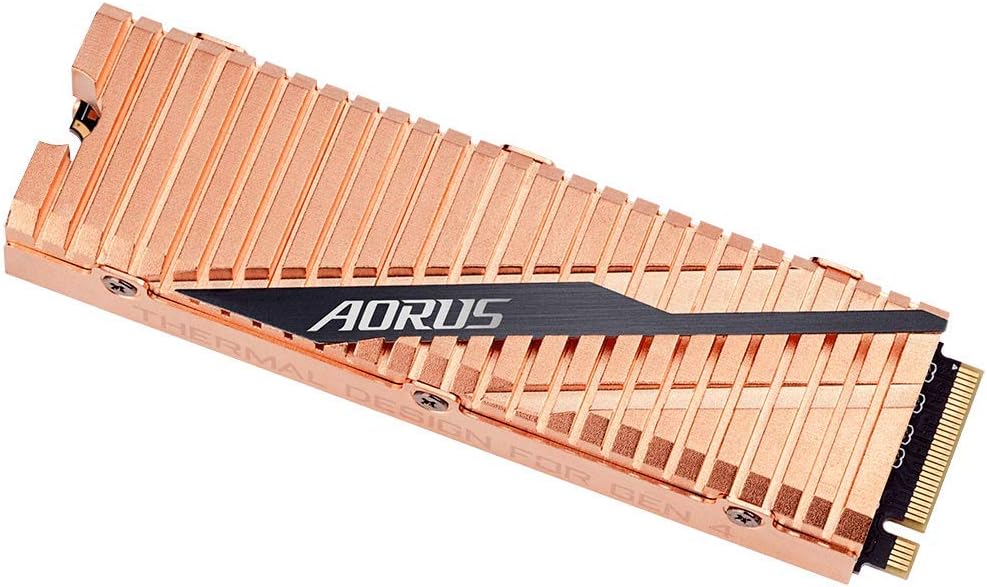 Acting as our gaming drive for our main games and programs, the extremely fast PCIe 4.0 NVMe drive from Gigabyte will do a terrific job. This comes integrated into its own heatsink solution, so you will need to remove the shroud from the motherboard for the M.2 slot—but that’s a small price to pay for this level of performance. 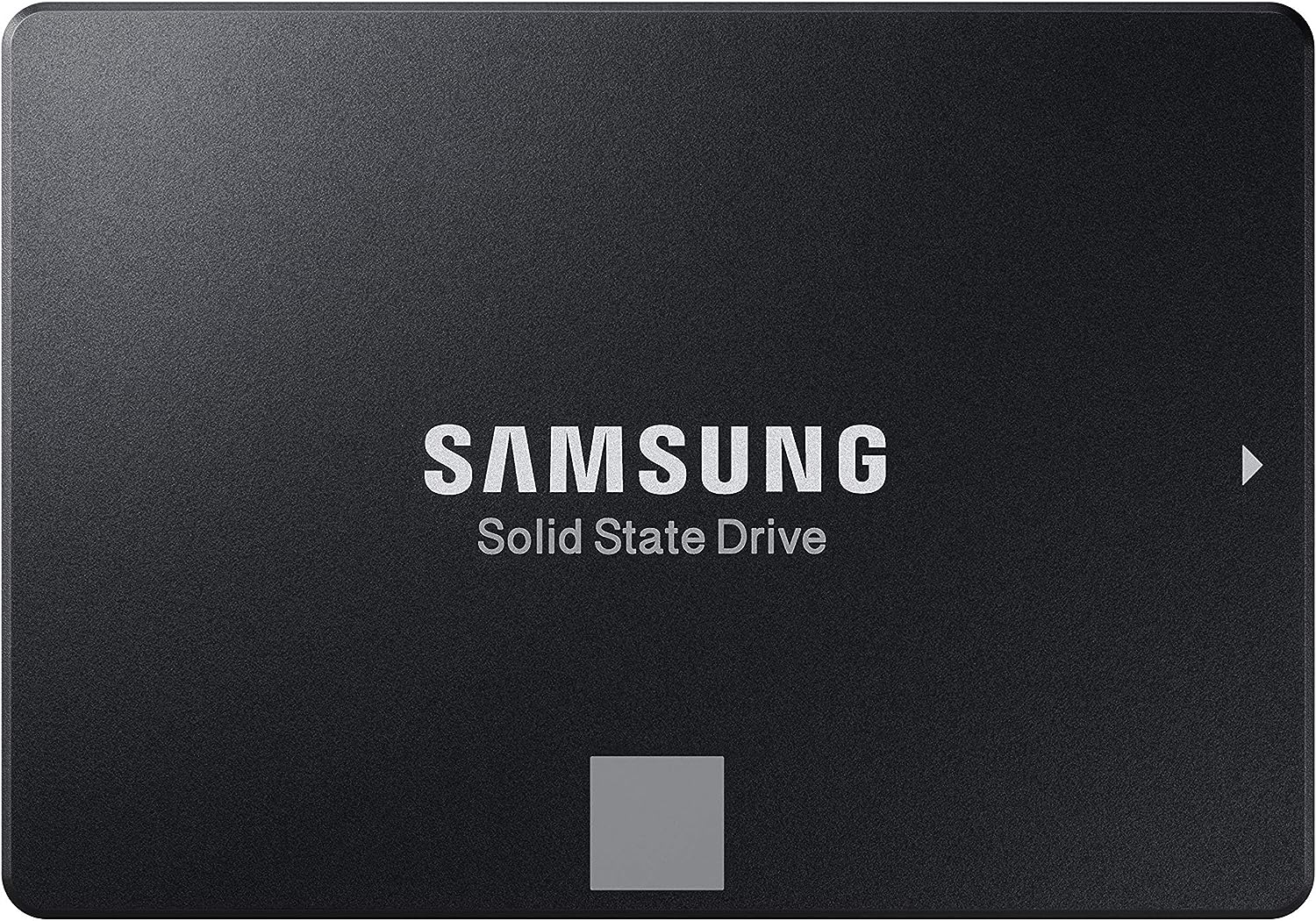 For our main boot drive and bulk storage (for games and programs that can’t take advantage of the NVMe storage), we’ve selected an excellent 860 Evo SSD. So,yes, we’re losing a fair amount of that pure unmitigated speed, but still getting a fast drive and gaining more capacity for the price. 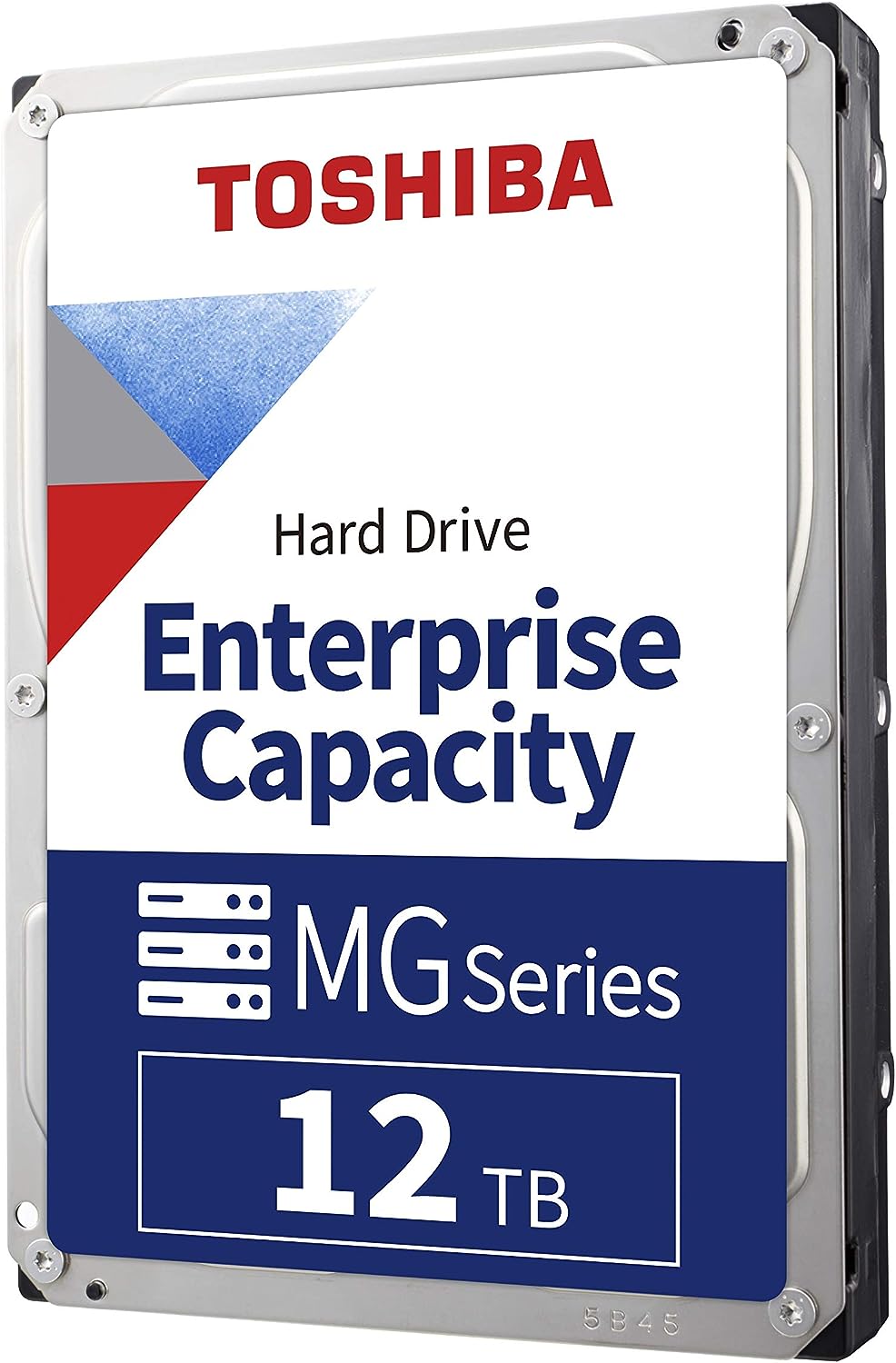 Speaking of gaining capacity, long-term storage for the build comes in the form of this huge 12TB HDD from Toshiba. These drives do have a larger 256MB cache for common files, and at 7200RPM it should be a fast and reliable large storage drive without completely breaking the bank. 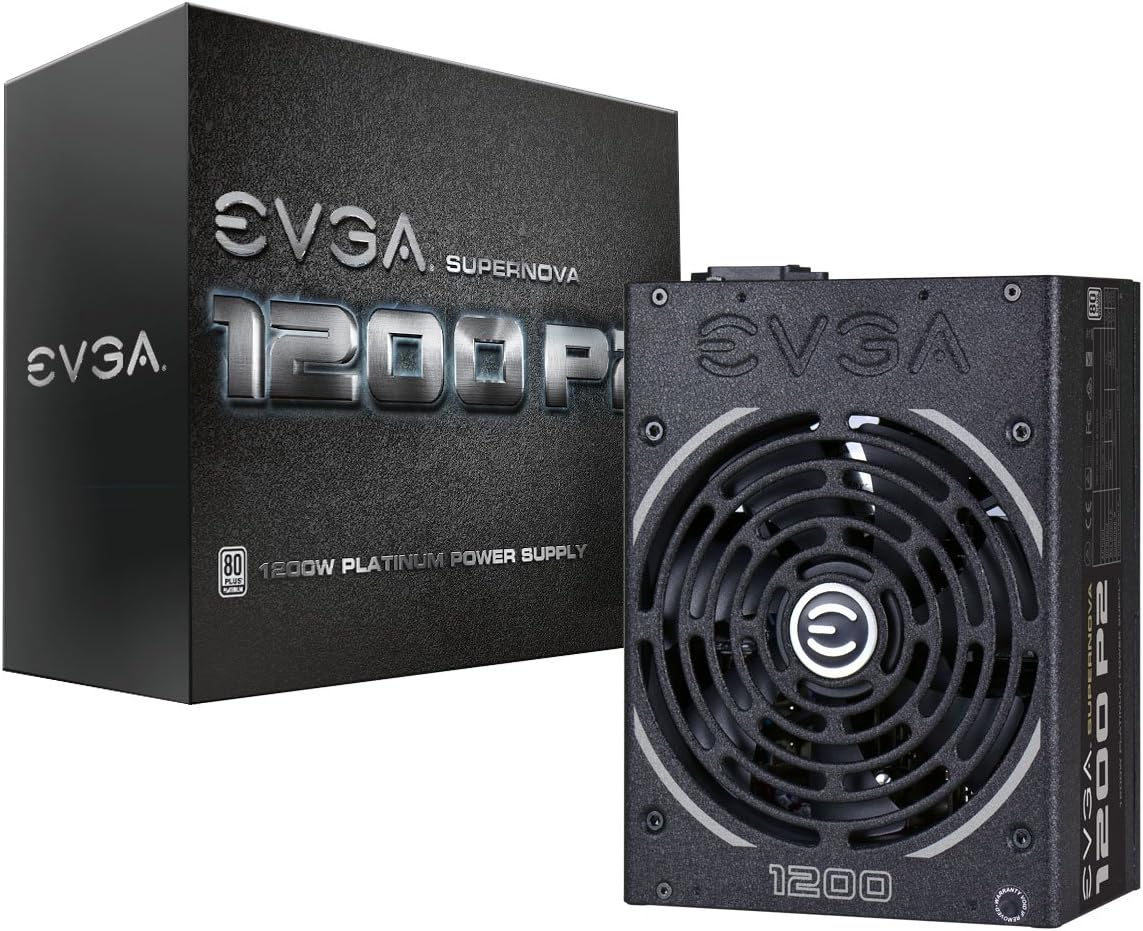 Coming in to power this monster is the superb 1200W SuperNOVA P2. This covers the overheads on the RTX 3090, as well as our CPU overclocking requirements, all while being a very efficient platinum-rated PSU with plenty of safety systems built in. 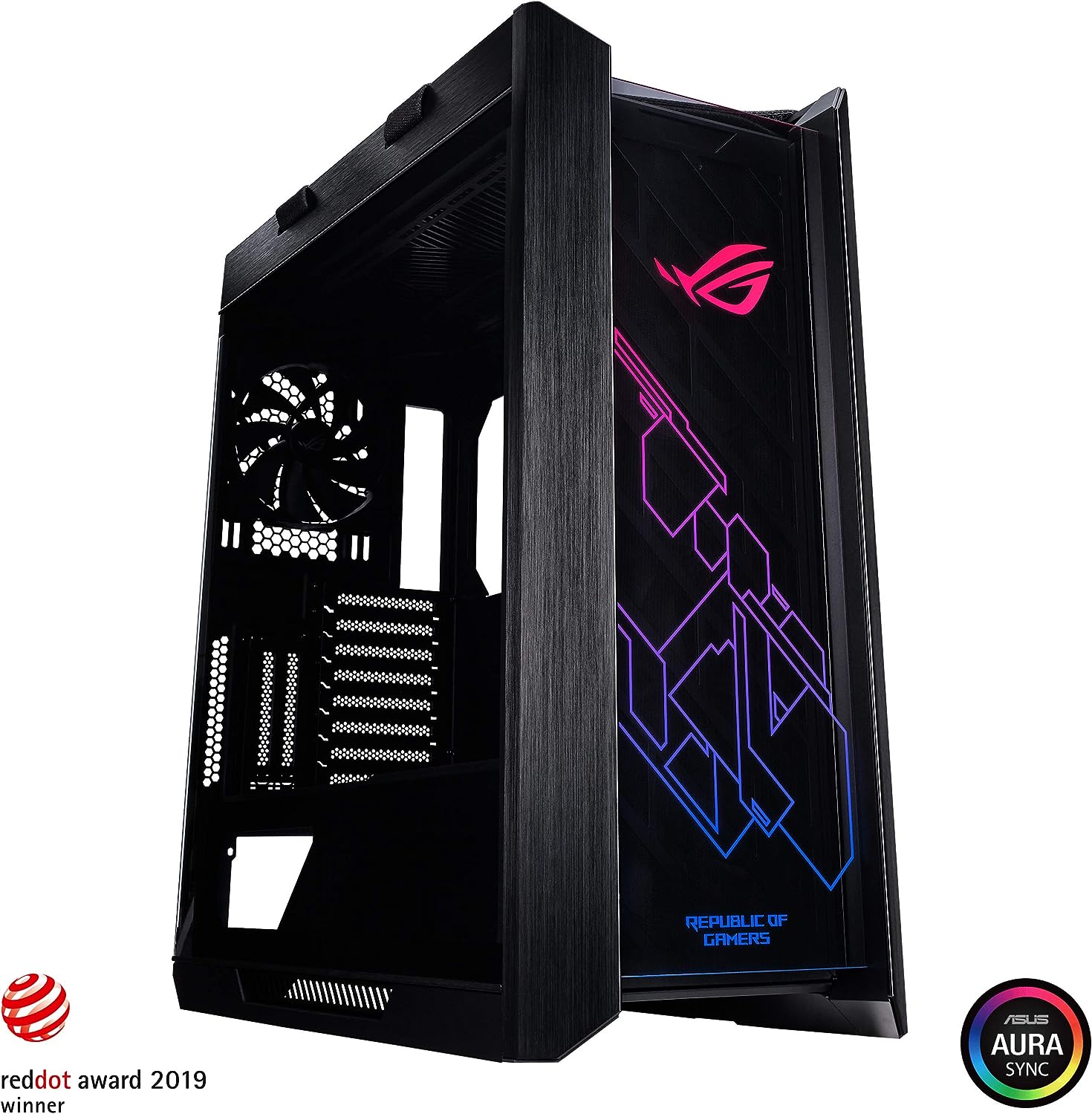 Finishing off the build is the great Helios case from ASUS. There’s plenty of well-thought-out case design here which makes this a great case for building in, even though it does come at a bit of a price premium. The dark design with RGB highlights compliments the rest of the parts well. All in all, a very suitable choice for an 8K gaming build. 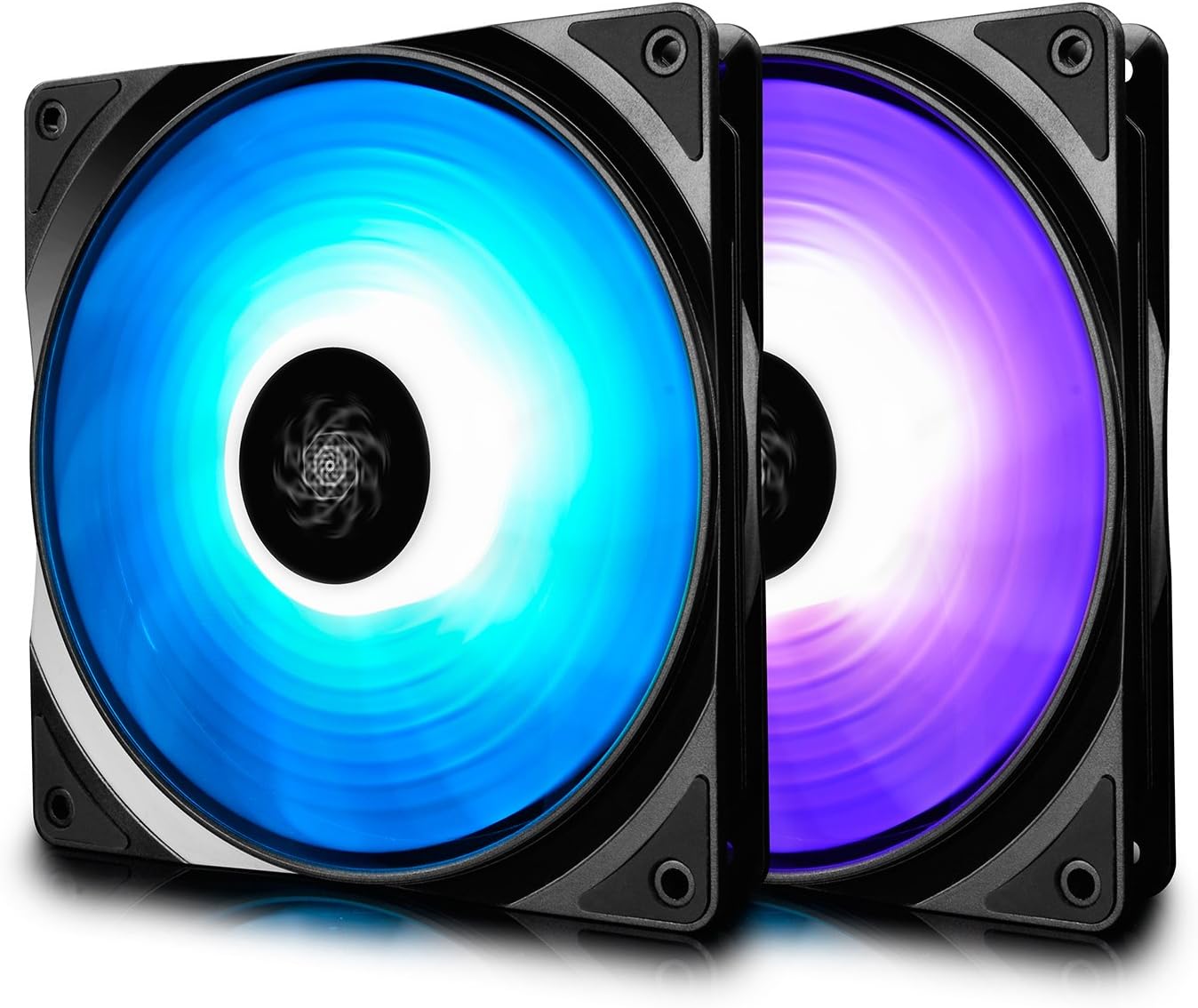 Surprise! A small extra for the build: two 140mm RGB fans. You do get 4 fans with the above case, which covers having 1 in the back and 3 in the front by default. However, the CPU cooler and GPU will be throwing out a lot of heat. Therefore, to help that hot air on its way, we’re recommending you use these two 140mm RGB fans in the top of the case for additional exhaust. These fans have a solid 56.5 CFM rating, so the general hope is that any heat inside the chassis will be being drawn out efficiently. This also means we’re getting better balance, with three out- and three intake fans at work, without tipping the scales into negative pressure territory.

Ah, the price of progress! One thing I will say about this build is that the cooling is really worth paying attention to. Although it’s impressive that you can do some gaming at 8K with this setup, it does come at a high premium right now. But if 8K is what you want, you probably already know full-well that this is the price you have to pay for it!

Just do me a favour… play something other than Minecraft RTX with the system at some point, please!

Go Forth and… But Wait, There’s More!

Normally, at this point in our build guides, we would be concluding by talking about stray things you need to finish off your build. You know, the bit about getting monitors, a copy of Windows 10, and so on.

However, we can’t just point you toward other peripheral pages this time. There’s a large elephant in the room, and it’s that an 8K gaming setup requires an 8K display.

So we have to talk 8K screens for a moment! 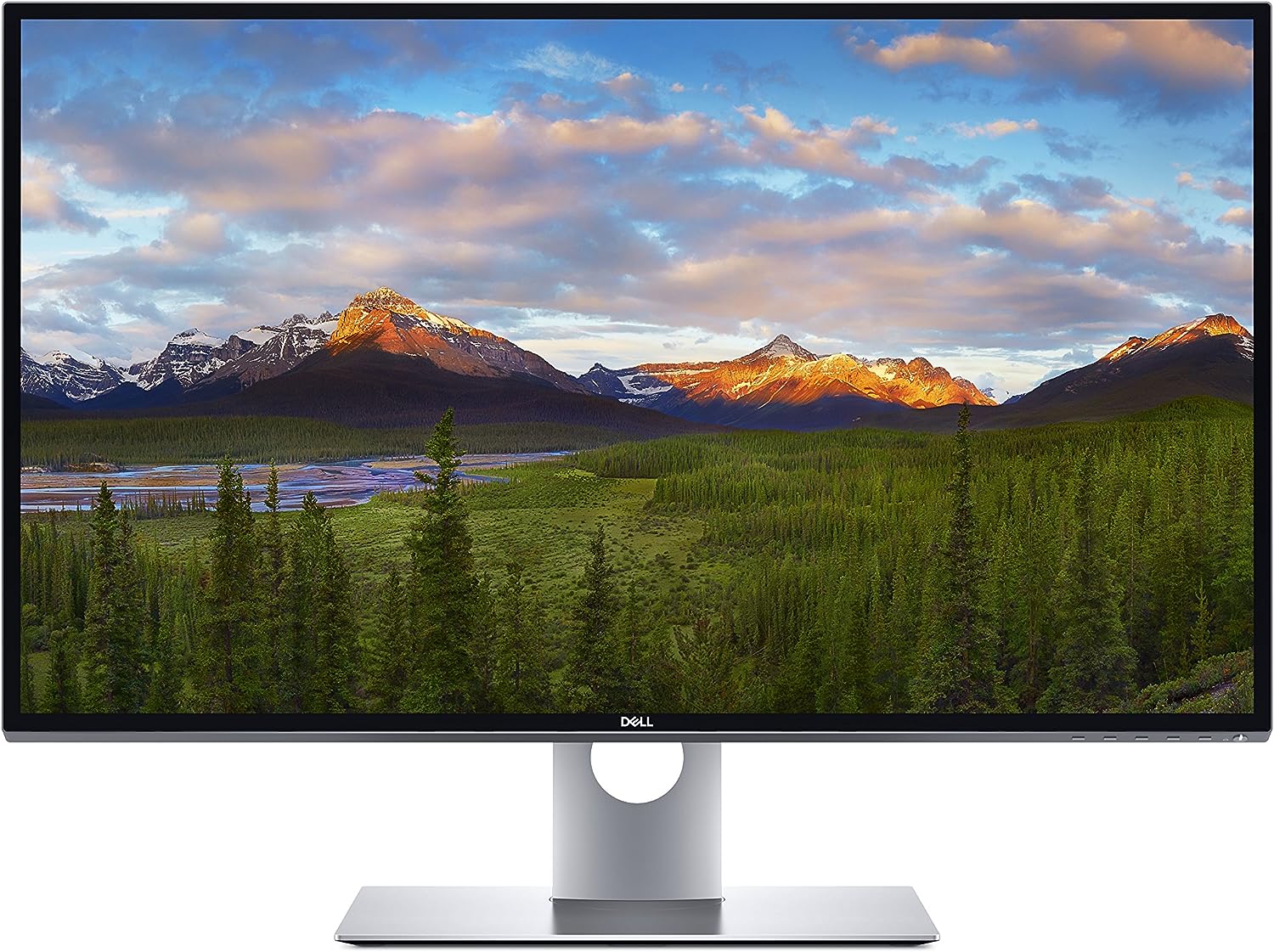 So, in the introduction to this article, I mentioned how aiming for 8K will have you looking at mainly TV options, which are physically huge. However, this Dell option is a (relatively) standard 32″ display with a 60Hz IPS panel. Dell has a lot of versions of monitors like this, all aimed around productivity. Yet, to be fair, you’re not going to get a whole lot of high-refresh-monitors at 8K right now. Oh, and did I mention that this monitor is almost the same price as our build at about $4200? 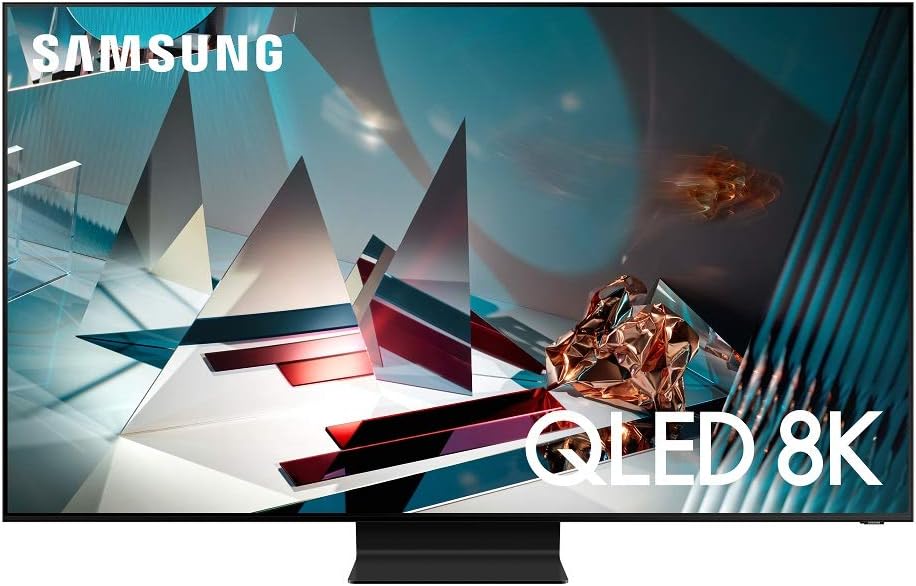 Right now, when considering 8K television options, Samsung is essentially competing with itself. There’s a few different models and sizes, but they are all around the same ballpark. The one we’ve chosen here is one of the newer 2020 models, and (as you might expect for a 8K TV) it comes to about $3000 and has every possible TV feature under the sun. If you don’t want something quite so large, there is a 65″ version of this coming in December. However, if you want anything smaller than that, you’re straight back to the expensive Dell listed above.

These are the pains of being an early adopter!

In all seriousness, I’ve seen the 82″ version of this TV here in the UK. The visuals you can show on it is stunning, even when it’s upscaling either 1080p or 4K source material. Do keep in mind that this is a TV, so you probably aren’t going to get a superb gaming experience on it; this is more for all-around home entertainment. Yet, it is a solid purchase if you’re thinking about a total home upgrade to complement your build.

There are a couple extras that you might need to finish off this build for your own 8K gaming setup:

Note that there are no 8K internal drives available currently, so (also due in part to how large the file formats are at that resolution) your only real option is to have a 4K player and have a TV or monitor which can upscale well. Early adoption of a super-high resolution FTW?

If you want to see other builds with higher performance (a small list at this point), check out the main page at Logical Increments.

There you have it—a monster 8K gaming build for you to to feast your eyes upon!