The release of the new Microsoft Flight Simulator brings one of the best examples of Microsoft’s Azure cloud streaming applied to a game to date. Yet with all that graphical beauty as far as your eyes can see, do you need a monster rig to play it at 1080p?

The one thing Microsoft tries to accomplish with these games is realism… setting aside that you can do a Hot Air Balloon tower fly-by. Between the Bing Maps (who knew they were a thing?) and data streaming with Azure Cloud, there’s a lot of world-building technology that has gone into this most recent release, and it does show in the recommended specifications for the game:

So, there are some interesting tidbits here.

First, take a look at the GPU recommendation. These days they’re old hat, but they were reasonably chunky GPUs only a few years back. This bodes well for our 1080p gaming setup, as we shouldn’t need anything massive for maximum settings.

The more interesting part is the CPU recommendation. Either a 6-core/6-thread Intel or 4-core/8-thread AMD choice implies that there’s a lot of optimisation for higher-thread-count CPUs in this game (as it’s implying the extra threads on the AMD chip make up for the lower core count).

What is curious is the lack of mention of internet connection speed (at least on the Steam page), as that will likely be a sticking point for some players. Microsoft recommends 20Mbps and says the ideal speed is 50Mbps… thanks to all that streamed map data!

So, summing all this together, what does this mean for our Microsoft Flight Simulator build? Let’s get into the components and see!

It should come as no real surprise that we’ve gone with this popular 6-core/12-thread CPU from AMD here. The extra cores and threads give us a nice bit of wiggle room over the base recommended specifications for the price, which should translate to more performance in-game. To keep costs lower, we’re going with the provided cooler as it’s more than sufficient for the CPU at base clock (and even if you apply a light overclock, too). 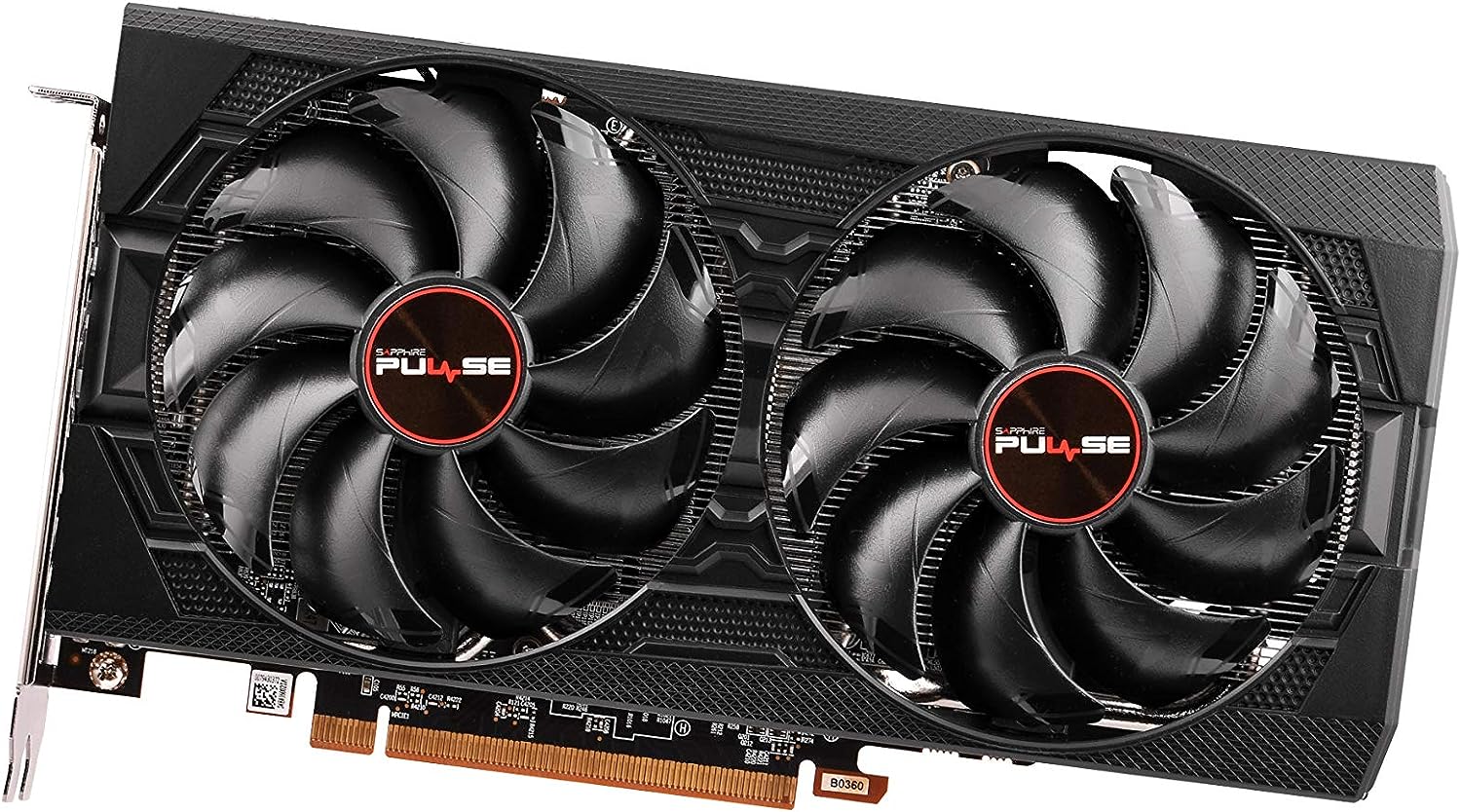 Although there are a number of options around this price point, we’re using the Sapphire Pulse due to its out-of-the-box clock speeds and solid 6GB of GDDR6 VRAM, which should be plenty for 1080p gaming. Plus, it’s using a more compact design, which is good for keeping the size of the build below monster levels! 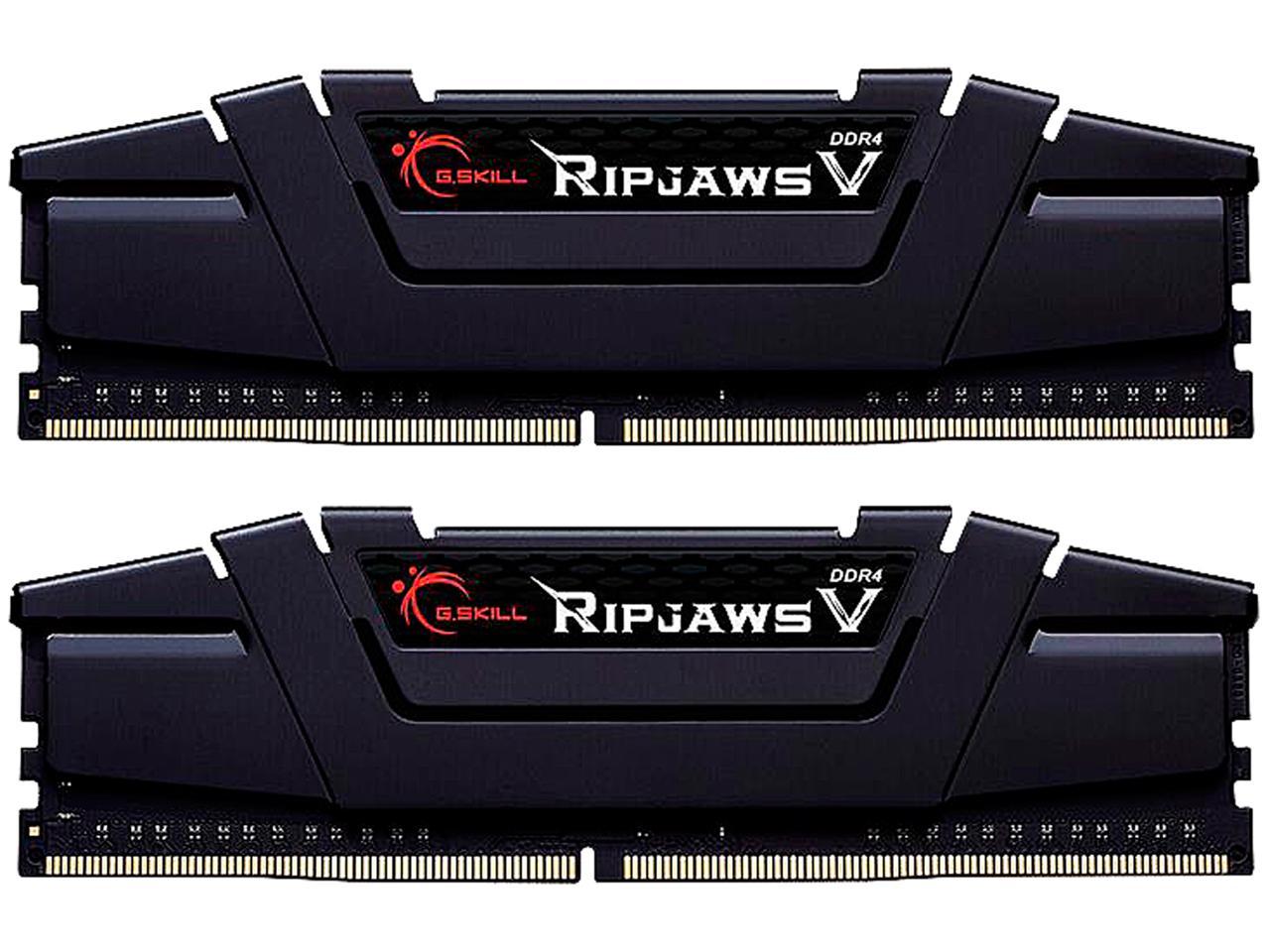 One of the best “standard” kits on the market. This gives you really great-performing RAM before you start breaking the bank on the seriously fast 16GB kits (all of which require more work to get them to behave with 3rd-gen Ryzen). All told, a great choice for the build. 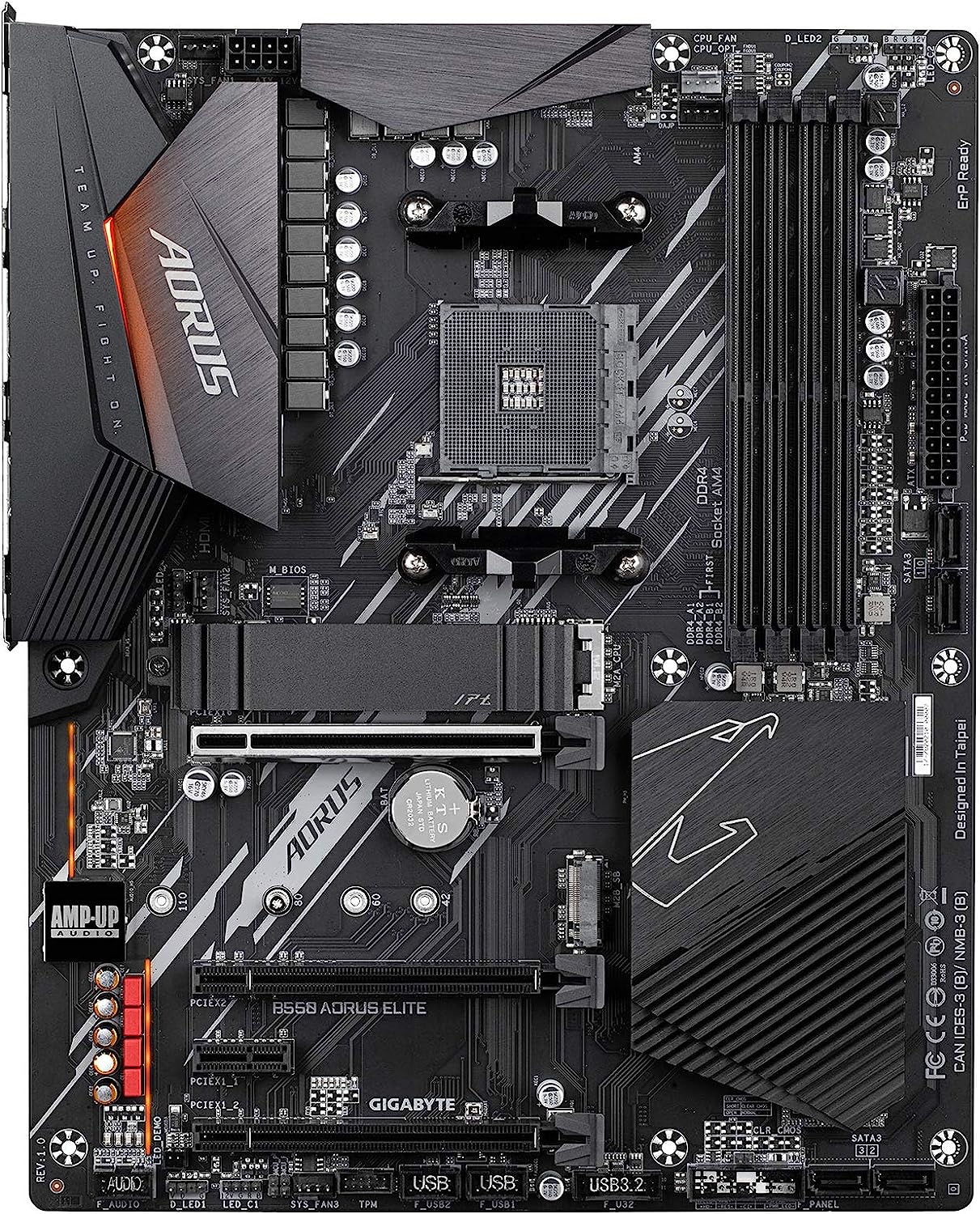 Although we had to wait for what seemed like an eternity, the B550 boards are now here with really solid performance for the price. The Aorus Elite gives us plenty for what we need for a standard gaming build. 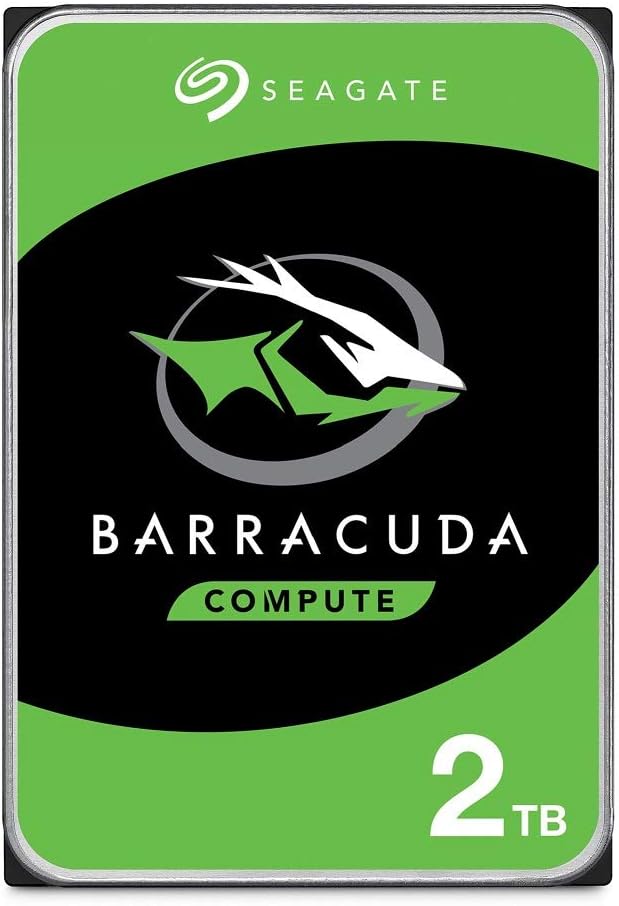 A bit of an “ol’ faithful” PC part at this point, yet you can’t go wrong with it for a storage drive.

A decently sized NVMe drive for the price here, complete with a cache to allow faster transfers  (which could be key with aspects of the game data). This is essentially right on the limit of speeds for these drives before jumping up onto the more expensive PCIe gen4 drives. 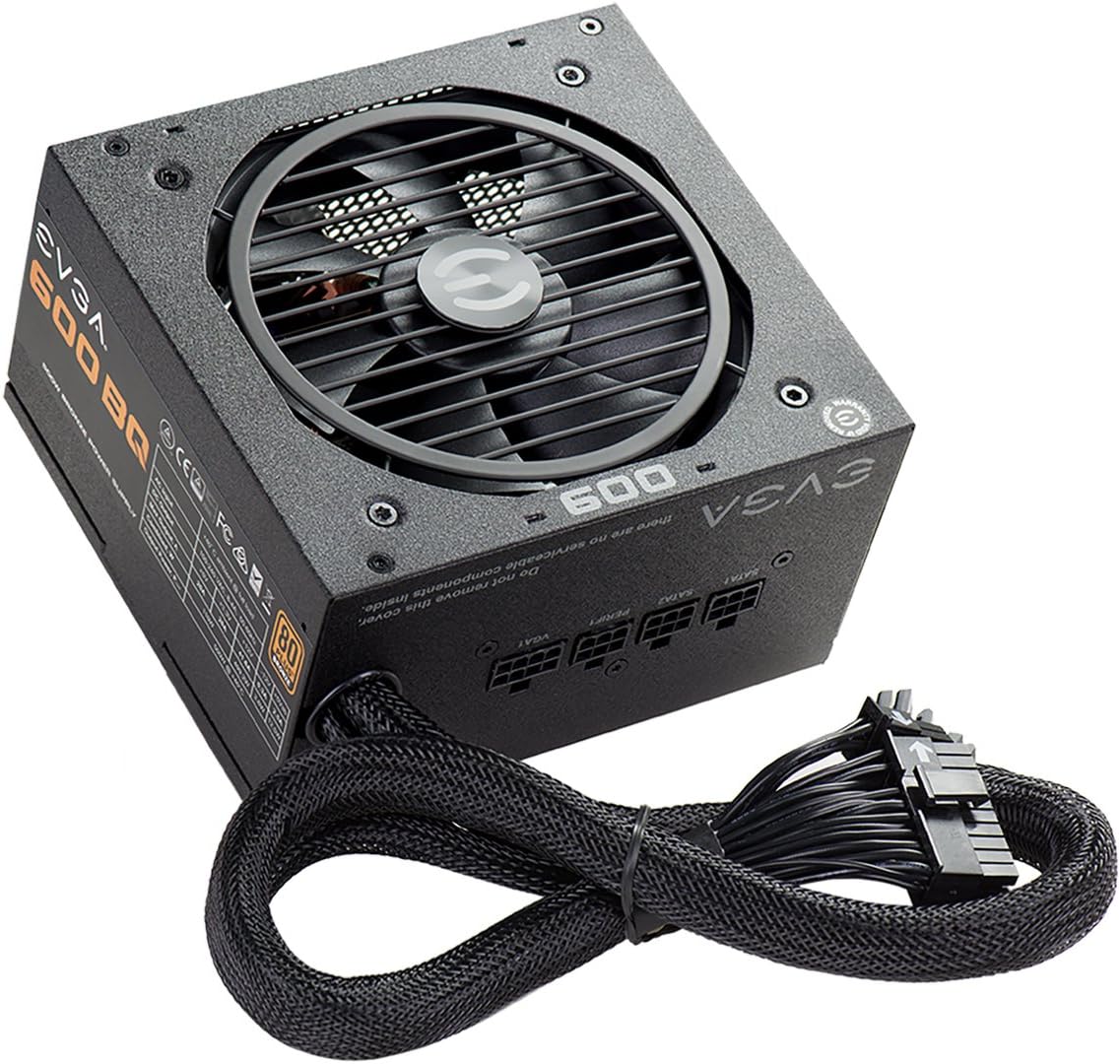 Yes, this is only semi-modular, however it is more than sufficient for this build as we haven’t gone mad with loads of extra drives or huge graphics cards, additional large coolers, etc. So this is about as good as you can get right now without going into the $100+ market. 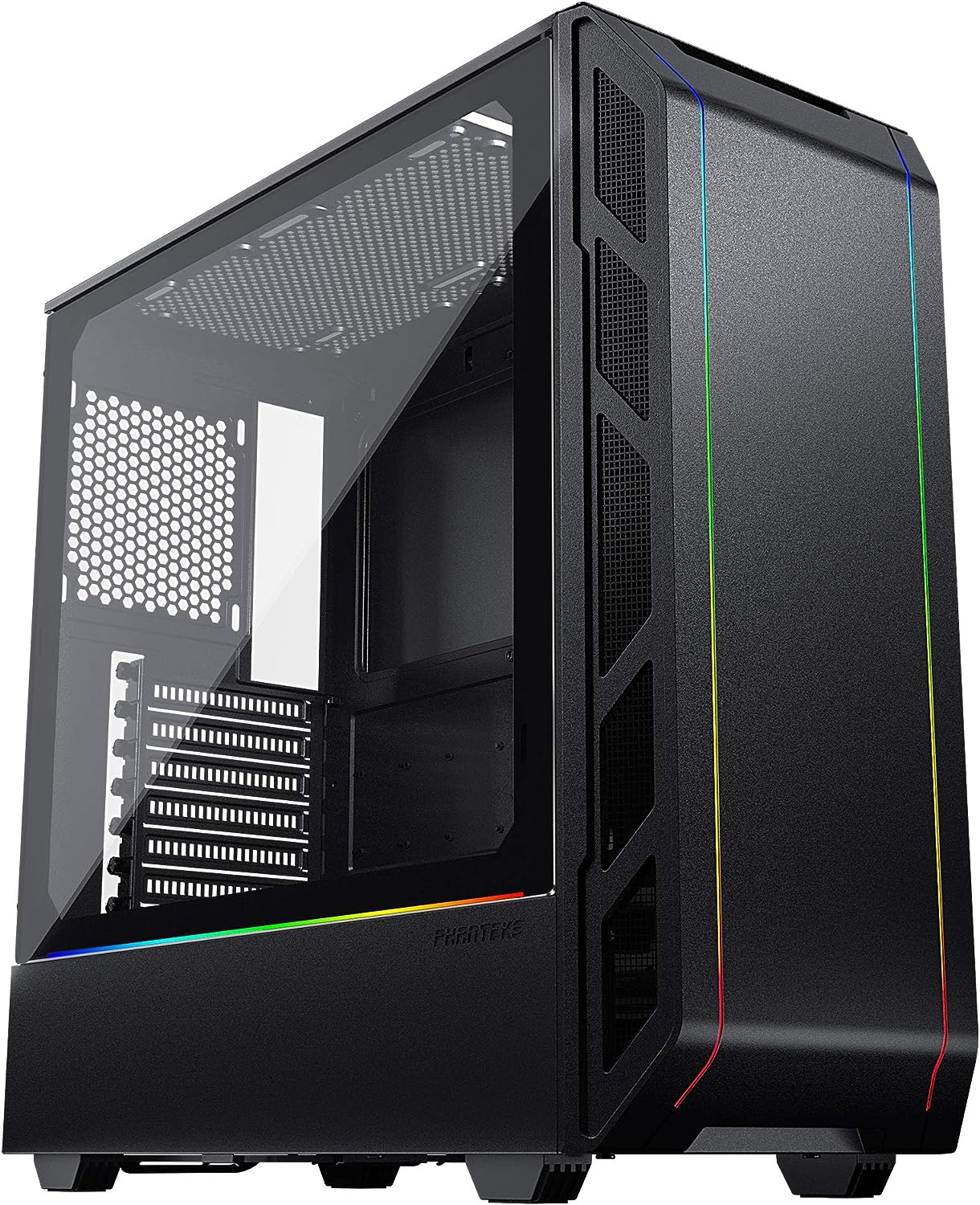 Style over function? Don’t let those RGB strips fool you; this is a solidly designed case with great internal design, making it an easy case to build in. A great way to round off the build. There’s removable HDD housings, dust filters, a power supply shroud, and built-in rear cable management. Good stuff!

As often happens when you set out to build a high-performing 1080p gaming rig, by the time you add in some bells and whistles you end up getting to around $1000 for a solid investment.

What we’ve ended up with for the money, though, is a really nice gaming rig which will be more than capable of pushing Microsoft Flight Simulator to its maximum at 1080p, mainly thanks to the decent picks for CPU, GPU, and RAM, while also having some fast SSD storage too!

Plus, although we’re building this for Microsoft Flight Simulator, this is more than capable of playing most modern and earlier games at maximum settings for 1080p 60fps gaming. So, you know, if for some reason you have enough of getting your landings like butter, you could play something else during your layover.

There are extras that you might need to finish off this build for Microsoft Flight Simulator:

There you have it—a solid 1080p gaming build to play Microsoft Flight Simulator!