With the release of the i9-10900K, Intel has finally caved into giving consumers a true workhorse of a CPU on a mainstream platform.

Yet, with the rest of the product stack also receiving solid updates, who is the i9-10900K for? Let’s find out.

How Many Cores Do You Need?

If the answer is, “as many as you can give me,” then congratulations, you’ve found the right Intel build guide! For the last few years, it seemed as if Intel was going to let AMD run away with it. But with the Comet Lake releases, it seems they’re going to at least give them a bit of a fight of it.

There’s a lot of good benchmarks out there now, but the TL;DR is that Intel are still holding onto the single-core performance (we’re into decimal place percentages in some cases), while being comparable to other higher-core-count CPUs.

So before we get into this build, let’s take a look at the specifications.

Fancy box aside, this is a nice generational update if you’re looking to have an Intel system. Now, what to use this CPU for, that’s the question. You could use the i9-10900K as a really crazy gaming processor—however, for this article, we are going to make a solid workstation build to take advantage of the single-core performance, the multi-core performance, and the overclocking potential.

But before we dive into that, I first have to mention the elephant in the room: boost clocks and power limitations.

Out-of-the-box, the CPU actively limits its power draw under load over time to prevent temperature spikes. As with any CPU, when you lower the power consumption, your clock speeds go down. This results in actual peak boosts of anywhere from 4.2-4.7 GHz rather than that advertised 5.3 GHz boost. Now, we aren’t telling you to go into your BIOS, disable those limits, and go flying by the seat of your pants, but…

As there is a noticeable difference in performance when overclocking (5.1GHz all cores, 5.4GHz single core boost) for compute tasks, we are going to pick parts based around heavily overclocking the CPU, while making the system as a whole functional for workstation tasks. Let’s get into the build!

Before some of you have a panic attack from looking at this, you can turn the RGB off if you who don’t want unicorn rainbows all over your office space. This is one of the best 360mm radiators on the market right now, and in this instance we really need it to help ease those overclocked temperatures. 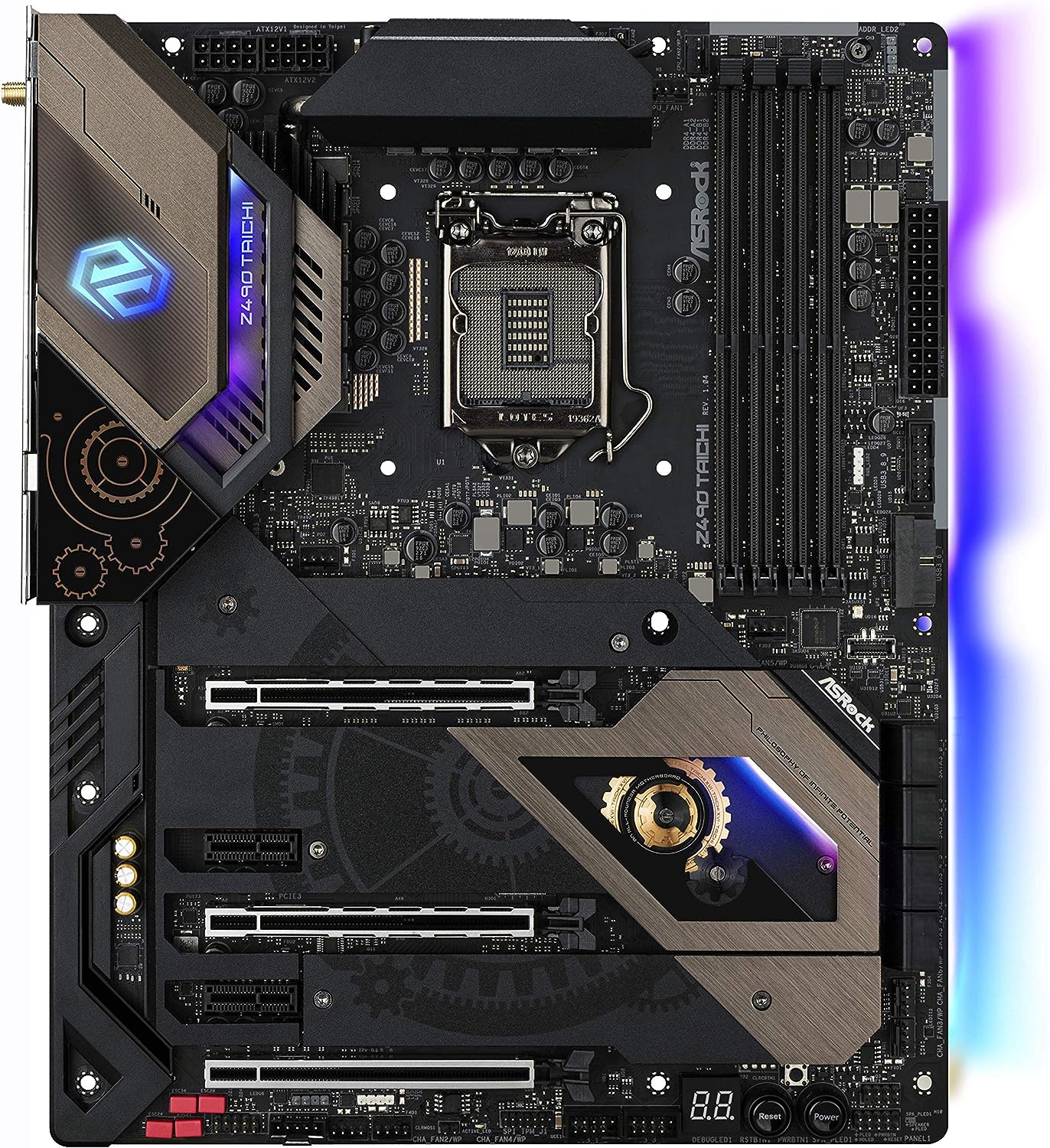 As we’re going to be pushing the CPU (and a lot of the other components) quite hard, we need a motherboard that can handle that stress and give us the connectivity we need. In comes the popular Taichi motherboard, now Z490 for this 10th-generation CPU. With its superb power delivery allowing for safe overclocking of the CPU and RAM, as well as having so much I/O, not to mention the multiple high bandwidth PCI-e slots… this board is a keeper. 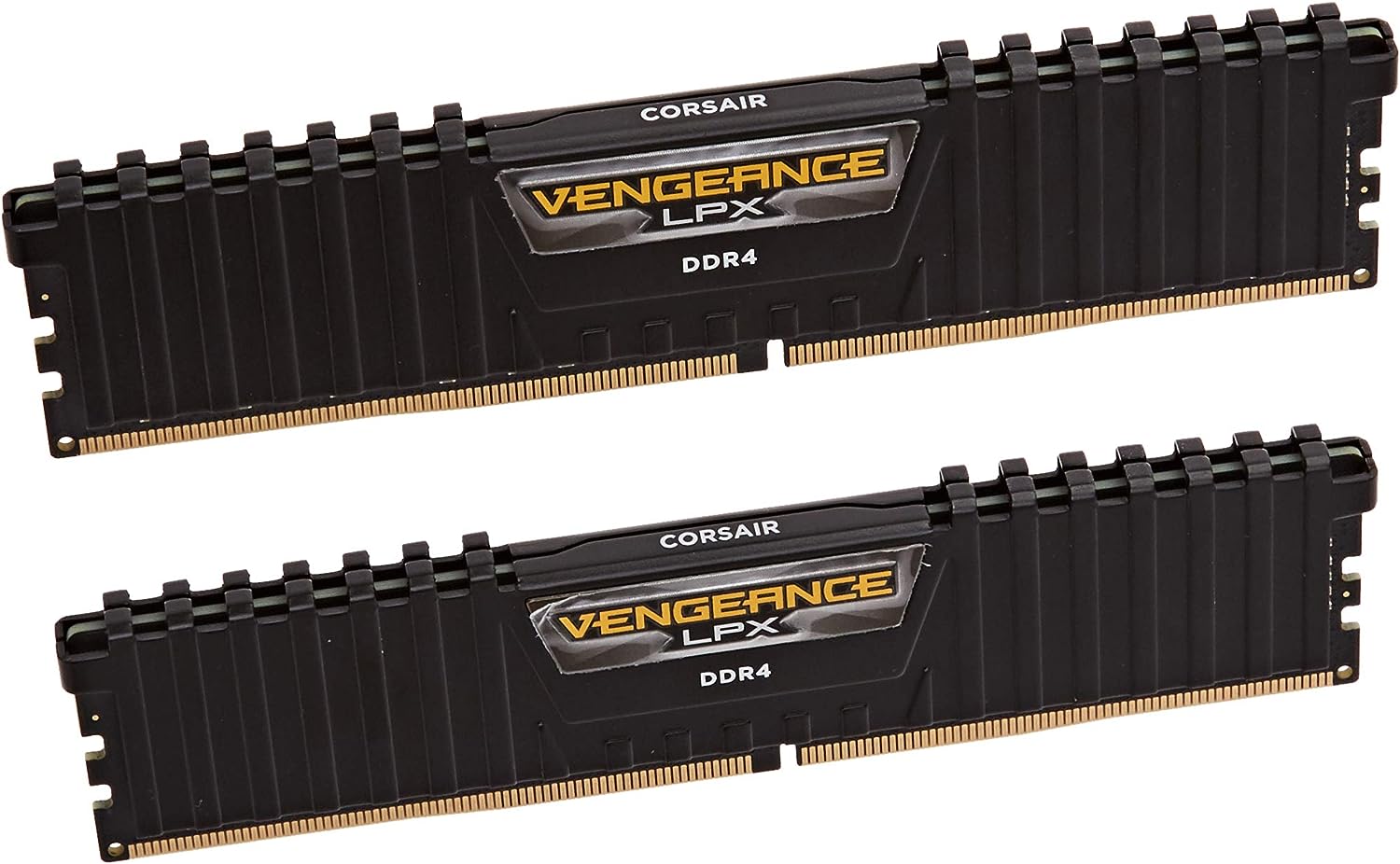 Another part we are splurging on is this 64GB kit from Corsair. It’s important to note here that you can’t really go faster than this RAM while leaving 2 spare slots on the board. With this in your system, the CPU will run very tough compute tasks much quicker and give you enough overhead for more graphically intensive tasks with data being dumped into RAM. 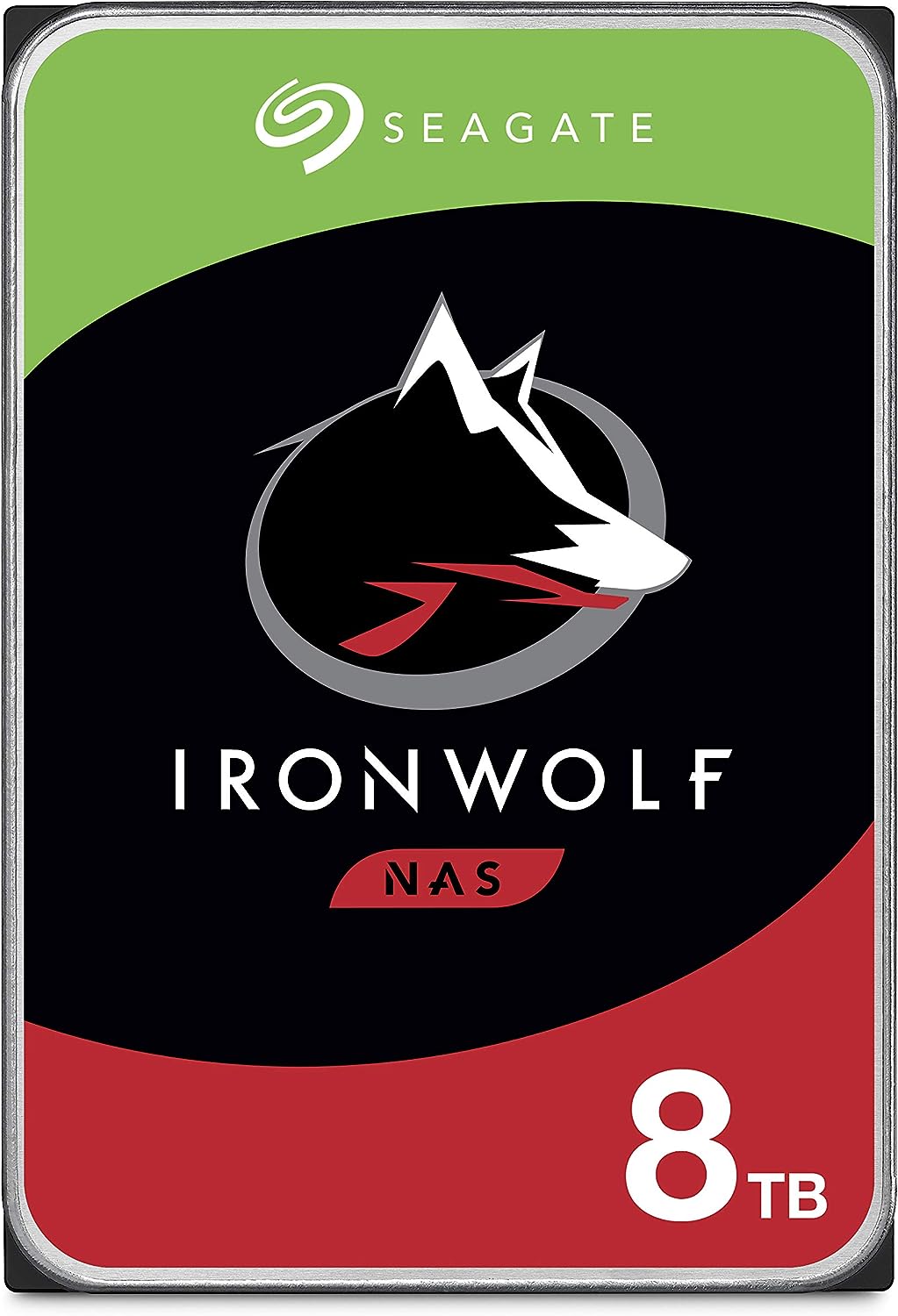 A big build needs big storage, right? The IronWolf drives are rated for an “always-on” reliability, so if you need a drive to just keep on trucking as you work through tasks, this is the one for you. Additionally, these are rated for NAS builds, meaning if you felt the urge you could run up to 8 of these in a single enclosure. Food for thought!

For our boot and secondary software storage comes the smaller brother, the 500GB 970 EVO, a great option for the $100 price. 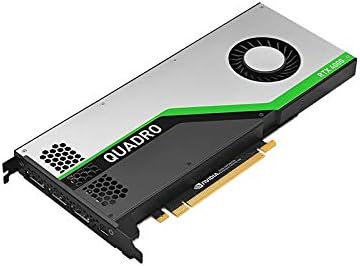 You’ll very rarely find this sitting on many recommended builds, mainly because it’s not a gaming card (although you can do some gaming with this card… if you so desire). Instead, this is one hell of a workstation GPU for the price, so much so that there is nothing that beats this for the various compute, compile, and render tasks (unless you go to its bigger brother, which is more than double the price). So here, for once, the Quadro RTX 4000 gets its moment in the spotlight. 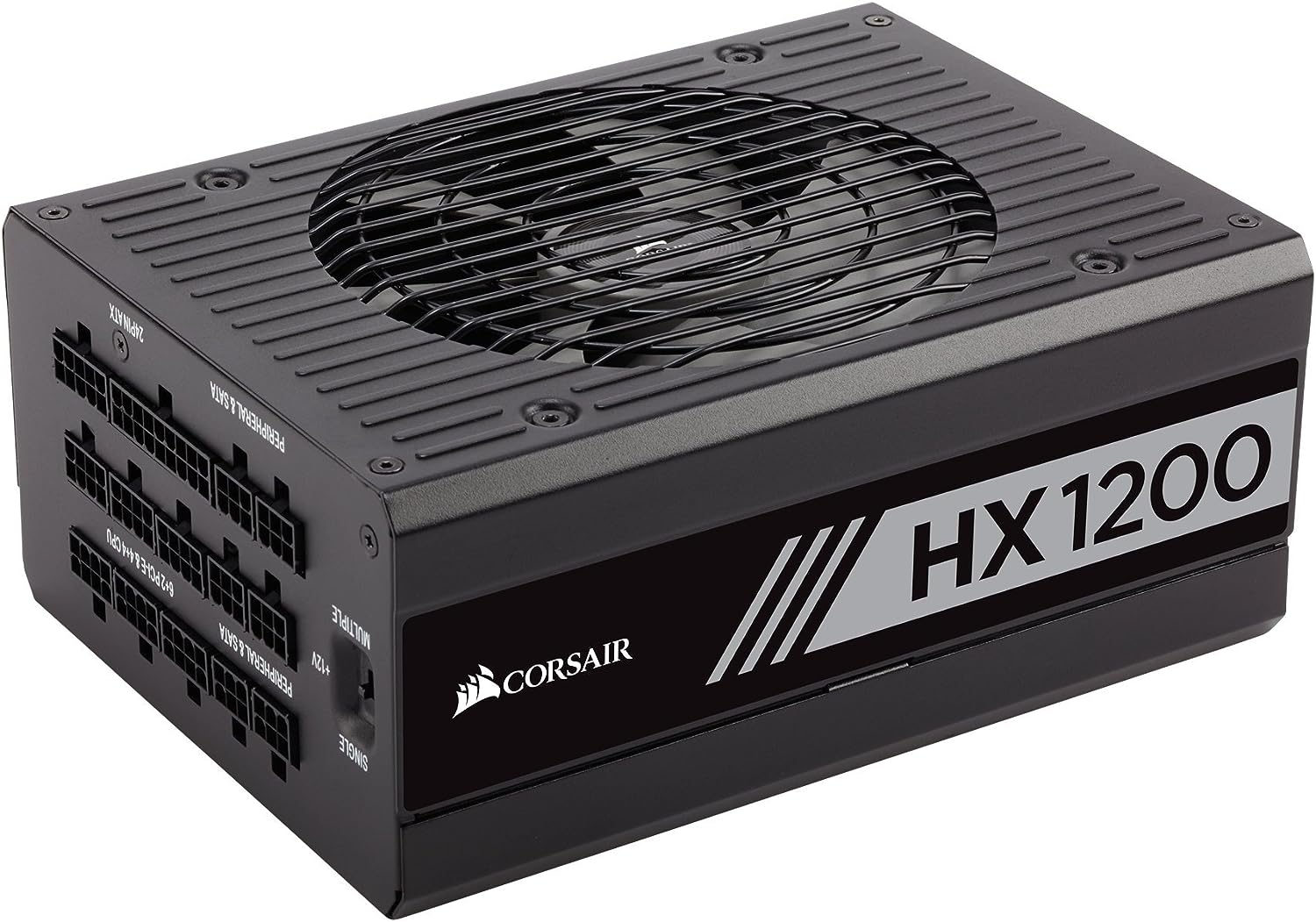 So, remember me talking about those power limits that you may be considering disabling? Well, the trade-off there is that the CPU would draw more power. In fact, a lot more power: around 100W when it’s left to go at max. This 80+ Platinum rated fully modular 1200W PSU gives you that performance and then some.

It is a little overkill by itself, yet this allows for sufficient power to be available if you decide to add more GPUs or other componenets (you can use 3 GPUs with the motherboard above). If you know you’re never going to do that, consider switching this out for something like the be quiet! Straight Power 11, which is a 750W fully modular PSU. 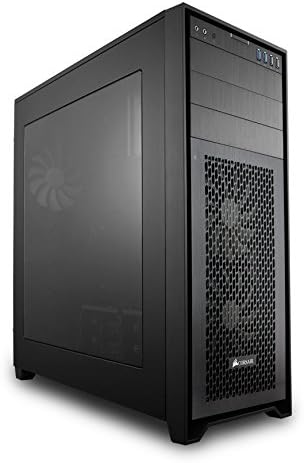 You’ve got to love a smart case finishing off the build well. This is the high-airflow model version, which is great because we’re going to need a high airflow for the 360mm radiator! This gives us plenty of front I/O as well as a neat internal design allowing for easy cable management.

There’s no two ways about it, this is a BIG build. We’re not going quite all the way into wild max levels—yet that is mainly down to the i9-10900K being a 10-core, 20-thread CPU. We would only really recommend building higher than this if you were going onto the monster Threadripper CPUs from AMD as your next big step (at which point, other parts in this build also become redundant).

What you have for a tad over $3000 is a seriously capable workstation that suits single-core- and multi-core-intensive workloads. Is it for everyone? Not really. There are other options in the range for gamers and streamers. Yet in workstation tasks, once overclocked, it is one hell of a workhorse.

Now before you go all out on building your new workstation, there are extras that you might need to finish off this i9-10900K build:

There you have it—a superb workstation build to utilize the best out of the new i9-10900K!