Nvidia got the ball rolling in 2019 on having way too many graphics card options in and around the midrange, and now AMD is getting in on that fun with the RX 5500 XT. Let’s take a look at this GPU from AMD!

To say 2019 was a good year for AMD’s CPU division would be an understatement. Their 3rd-generation Ryzen chips have been selling like crazy, and the added bonus of price drops on previous generations has resulted in them dominating across the board.

The same can’t be said about the chaps over at their Radeon team. Although they’ve had some nice and competitive GPUs at different price points, they haven’t done much to set the world on fire (other than their usual shtick of trading thermal performance for benchmark performance).

Outside of all those people buying up the GT 710 (for, we’re assuming, cheap alternatives for additional monitor ports and/or integrated graphics chips have died), you can see that the only real AMD options on there are the RX 580 and RX 570. There’s a RX 5700 in 14th and a RX 5700 XT in 18th, but that newer GPU generation from AMD hasn’t really done much to excite the average builder.

This, then, was a welcome surprise when the leaks started dropping for the RX 5500 XT. Yet is it any good? Let’s take a look at the specifications:

What we’re seeing here (we suspect) are binned RX 5500 GPUs. They share a lot of specifications, and these are only really coming with a slightly higher stock speed out-of-the-box. What’s interesting, though, is AMD haven’t completely unlocked the core here; there’s an even beefier version of this running on Apple machines. Ah, the joys of behind-the-scenes deals to system makers.

This makes sense to a point, as the standard RX 5500 seems to be sticking with mostly OEM.

The addition of the RX 5500 XT is, most likely, just AMD shoring up what market share they had down in the lower end for now.

What this isn’t is simply an overclocked RX 5500. Although the clocks are higher, that isn’t really the whole story—as, if the chip couldn’t handle it, there’d be no point. This is why most are marking this as a binned unit for a small premium, and then it guarantees you the clock improvements.

I personally don’t mind this GPU too much. It’s not coming in too expensive, and it provides a modest uptick in performance from the RX 580. This has probably been put out there to give an alternative to all the GTX 1650/1660 Super models flooding the market. It looks like a number of the RX 570/580 models have dropped in price too, so this looks more like a re-positioning of the range than anything else.

What’s curious about this is it appears that AMD are specifically pushing their existing stack down, which implies that the rumored new SKUs (at least at launch) with rDNA 2.0 are going into the mid-tier, so they don’t want to rip into their own range.

Yet, that’s enough theory-crafting for one article! What we’re going for in the build below is a really solid 1080p gaming setup with some 1440p capability thrown in as a bonus. So if you need that sort of system now, this GPU is really nice for the price anyway. So let’s get to the other parts! 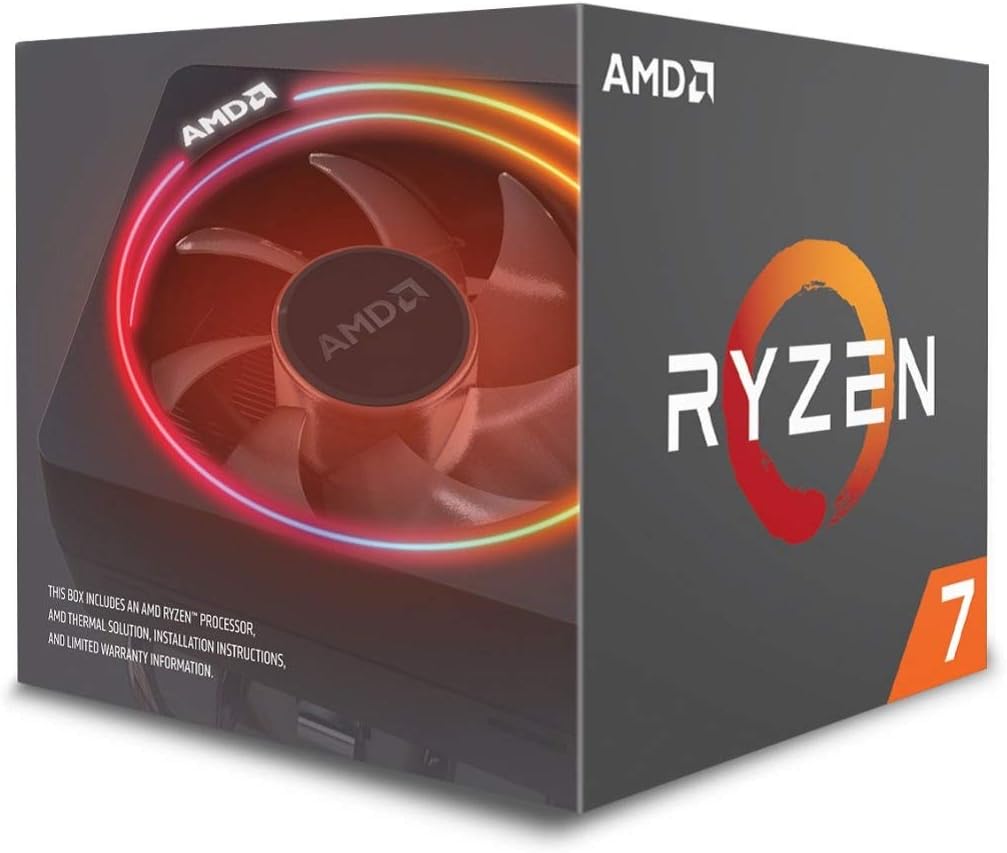 8-cores and 16-threads for $190… what’s not to like? Now, in terms of single-core performance, depending on what games you play, you might want to switch this for an AMD Ryzen 5 3600 instead. It’s a 6-core/12-thread CPU, but it can clock higher with an improved IPC. Both are superb options at the same price, so it’s really up to you. For being more of an all-rounder CPU, we’ve gone with the 2700X in this build, yet either would be fine for gaming.

Both of these can be overclocked, plus the provided cooler can handle those modest overclock options. Only consider spending more on a new cooler if you feel you want to push the CPU to its limits. 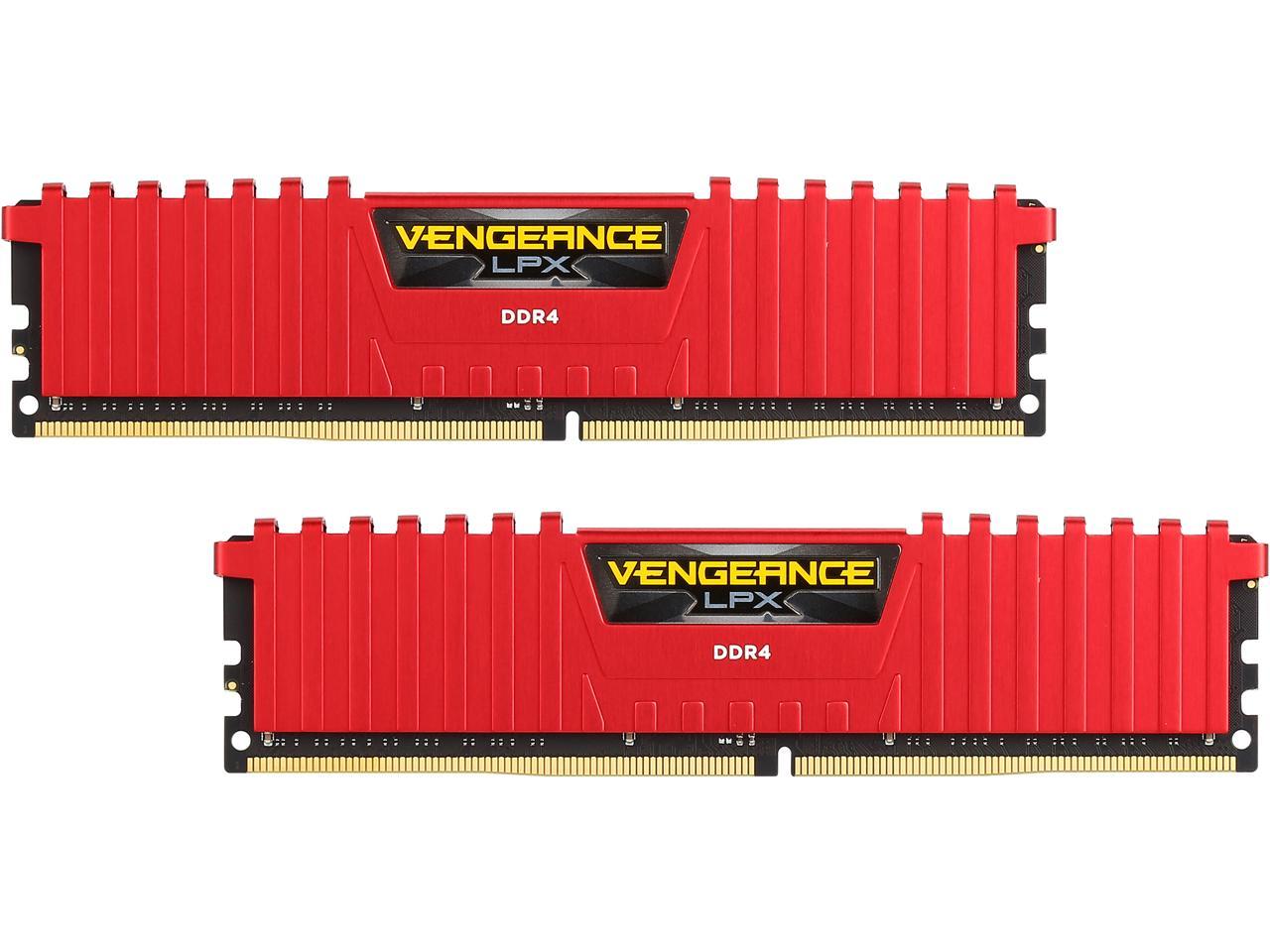 A decently fast set of RAM for 2nd-generation Ryzen. The timings for the overclock are 15-17-17-35 with a CAS Latency of 15. Ryzen loves tight timings, so for a twin kit here, this is pretty nice for the price. At least, so long as you can cope with the bright red heatsink, as that’s the only color that Corsair sells cheaper! 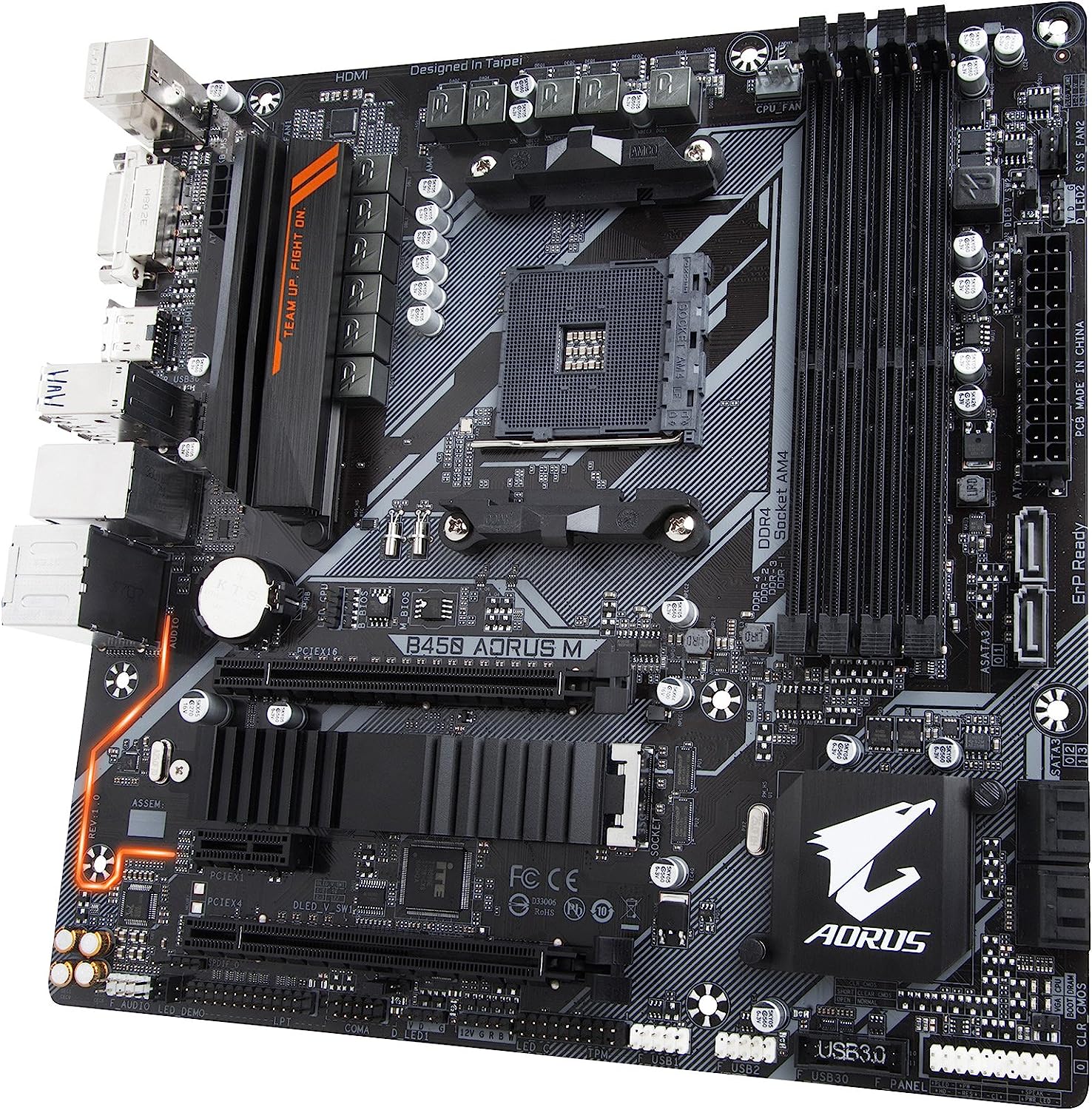 This is a solid B450 option from Gigabyte. It has far better power management compared to a more entry-level board, and gives us much better gaming stability overall. Really can’t go wrong! Additionally, you have a lot of connectivity options for your devices, which is another added bonus of this not being an entry-level board. 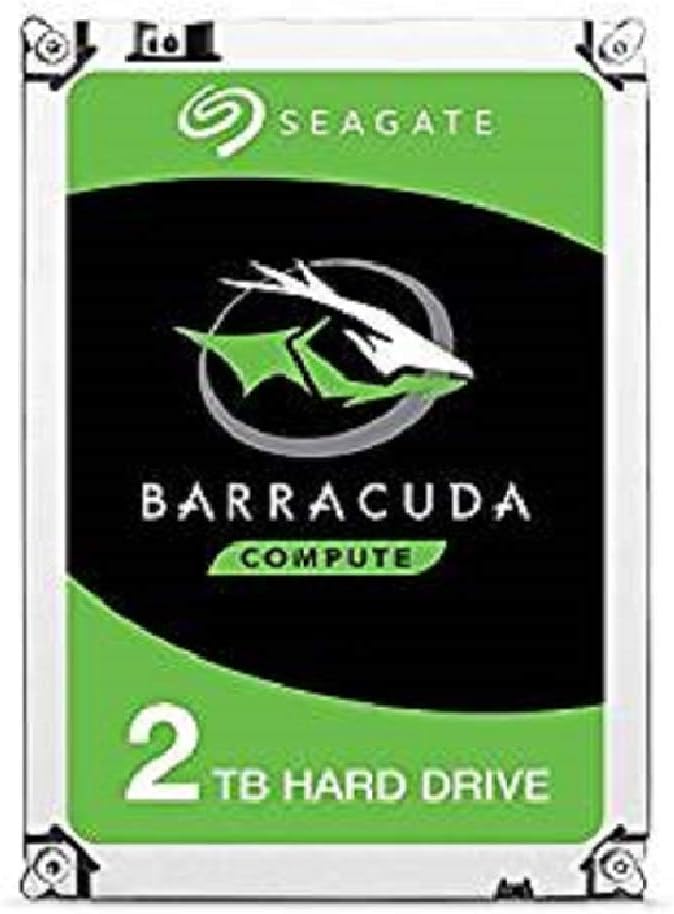 Simple, efficient, large storage. This particular version of the ‘BarraCuda’ drive is one of Seagate’s compute drives. So as a bonus, you get a larger 256MB Cache to work with. Thus, although this is still limited by its HDD read/write speeds, you get a touch more flexibility when accessing common files from it.

It really is surprising how much NVMe storage is coming down in price. The big advantage here is that this is large enough to allow for using it for the OS and a few games. You get a solid read speed of 2100 MB/s, while the write is a touch slower at 1500 MB/s. Not bad for a drive that only costs $60. 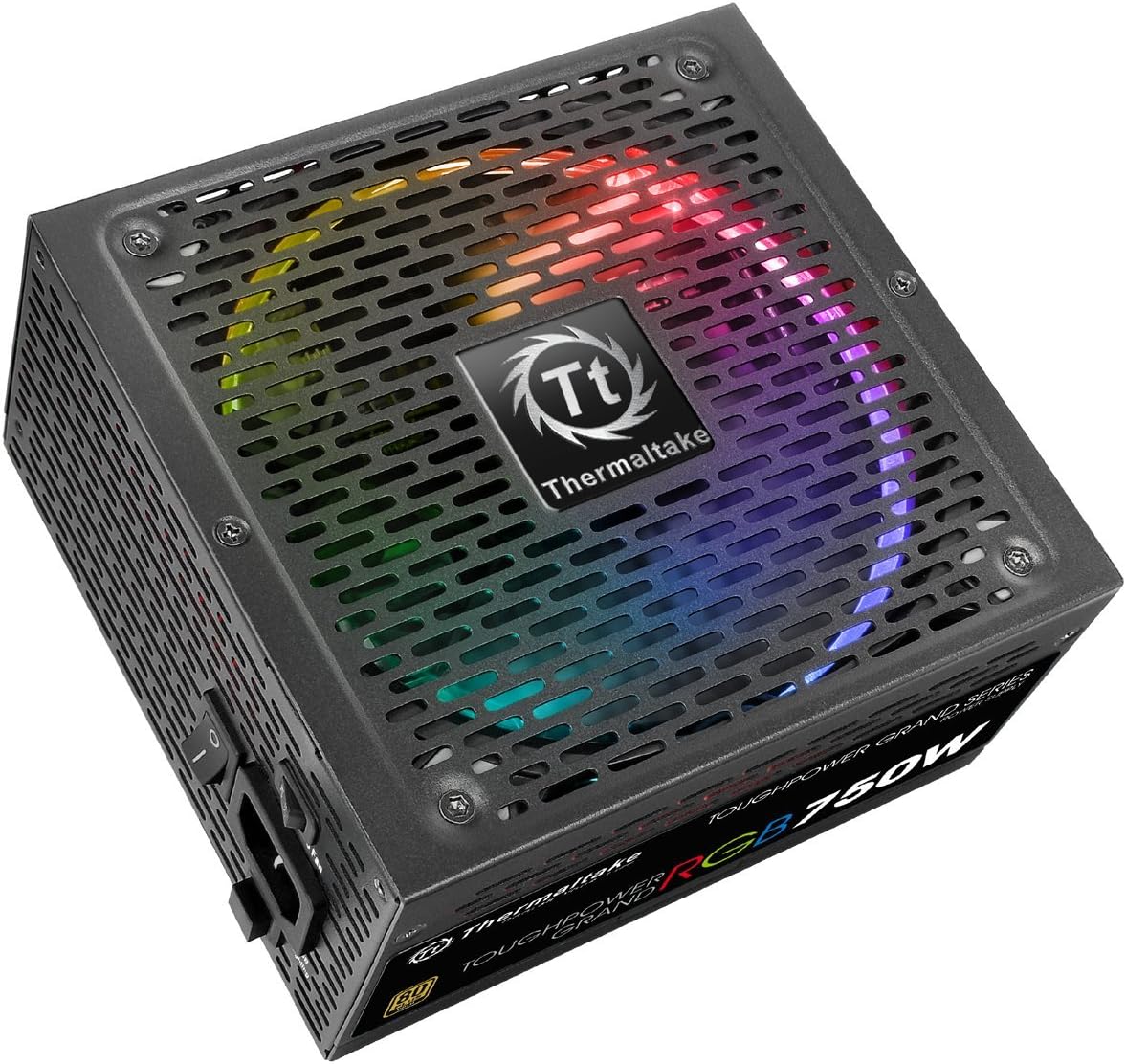 The one last bastion of avoiding RGB-ready components: the power supply. Now even that is no longer safe! I actually don’t mind this too much, for those who want it, as it’s a genuinely great, gold-rated, modular PSU. It just so happens that it is also completely RGB addressable. Oh, and for those who just want reliability, Thermaltake give a 10-year warranty with this model. 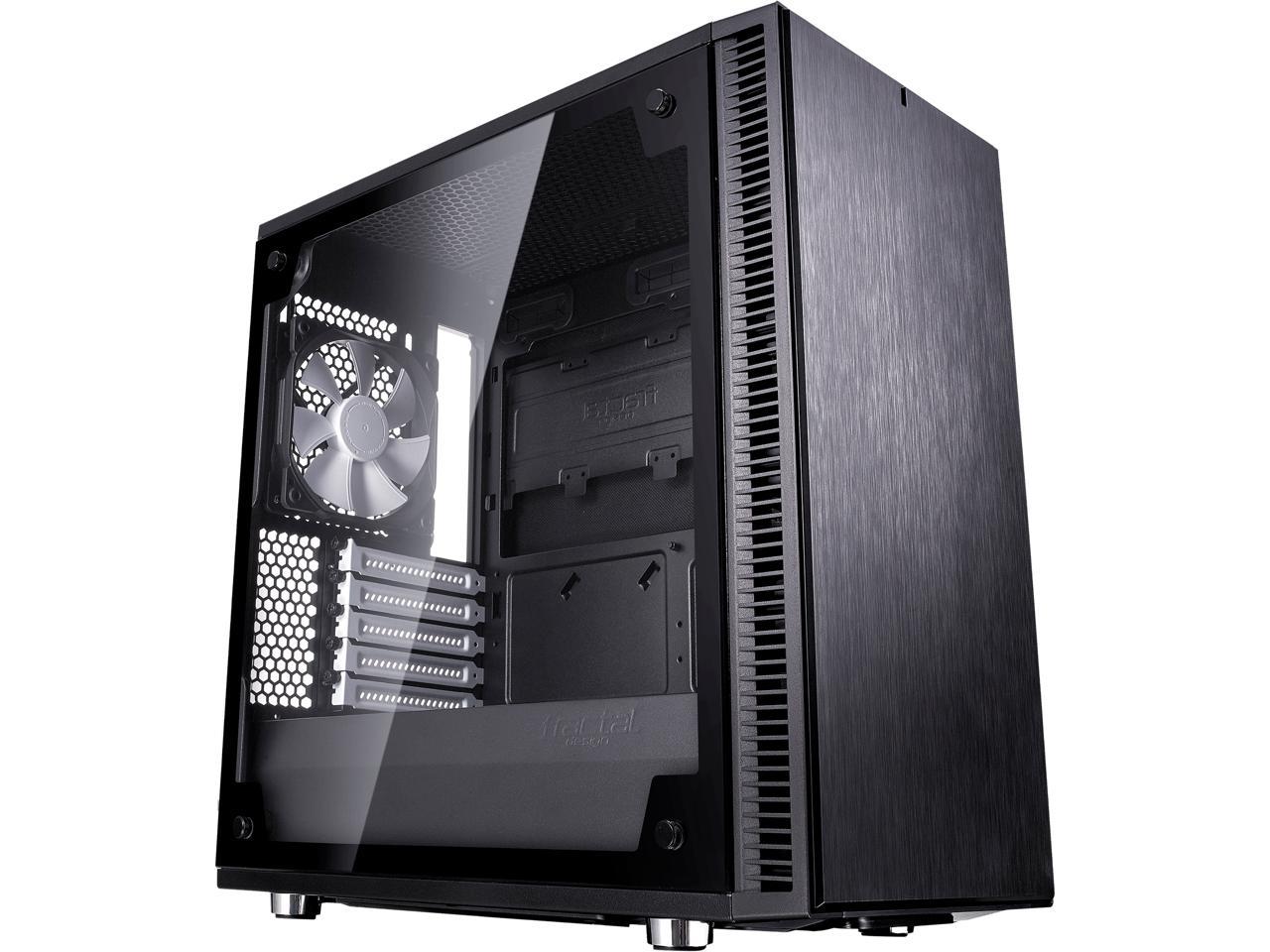 There’s a reason why this case gets damn near perfect ratings wherever you go looking for them. In terms of the side panel, this is the tempered glass version. And you get a PSU shroud. That last part hints at the superb cable management options you get on the back of the board, which allows you to build a very clean-looking system. Add into this excellent airflow, sound dampening panel design, understated front I/O design… it’s all just really nice. Making the building experience easier and giving you a great end result, a bit of a no-brainer really!

You’re getting a seriously solid 1080p gaming system here for your money. Although not 100% designed for it, if you’re thinking about starting out in streaming or making your own videos, this has enough to get you going without completely breaking the bank. What’s good here is that even if you did want to upgrade parts of this down the line, a lot of the parts are so good starting out that you wouldn’t need to do a complete rebuild if you felt like more performance was warranted.

Generally speaking, based on the rumours, I doubt the RX 5500 XT is going to go anywhere. The rDNA 1.0 cards are still too new by anyone’s standards to just outright replace in 2020. What we suspect will happen is the more entry-level cards will be phased out, with this card and above sitting alone until later in the year at least.

So if you need a 1080p gaming machine now, you can rest easy in knowing that you’re getting a solid system for your use. So go build and enjoy!

Now before you go all bonkers spending every saved up penny you have on these components for your 1080p gaming rig, there are extras that you might need to finish off this RX 5500 XT build:

Well there you have it, a great all-round 1080p gaming and productivity machine built around the RX 5500 XT!

What do you think? Does our build do what you want it to do, or does it fall short? Would you pick certain parts differently, or would you not even build with the RX 5500 XT at all? Would you want to wait for the rDNA 2.0 stuff, or are you happy with getting your gaming build up and running ASAP?