Being the latest in the ever-expanding line of GPUs from NVIDIA, here comes the GTX 1650 Super! The GTX 1650 Super sits in a very specific spot in an already stacked line-up. So, where does it fit into all of this? And what would it look like to build a balanced 1080p gaming system with it?

On paper, there’s only 2 types of people this is for:

This card sits in a spot for people that are looking to spend no more than around $130 for a GPU. Now, spending around $30 above or below this $130 price tag results in better options relative to the cost. That’s how tight the product stack is these days.

On the one side, I can almost see why NVIDIA wants to put out such tightly positioned products, price-wise. If a builder is going to a store with a set budget, having small incremental price increases for performance makes sense. After all, that’s more or less why our main page has become so popular. Yet, allow me to give you a quick explanation as to why this sort of really tight product stack can be a little confusing or even outright frustrating for the average consumer.

If we go back a generation to the 10-series GPUs, it’s a different story. The only real complaint about the product stack was that, once you hit the GTX 1070, the price gaps were significantly greater than for the GTX 1060 and below. So, they might have benefited from having another one or two GPUs at the high end to ease those larger gaps.

Sadly, this is a touch too far the other way. If you don’t know anything about GPUs, it becomes confusing so quickly: GTX, RTX, Super, Ti, 1650, 1660, 2060, 2070, 2080. Naming issues aside, when you include 3rd-party board options, there are essentially no price gaps from the very low end to the very high end. NVIDIA seem to be trying the shotgun approach, which makes it tough for builders to confidently decide on purchases.

Luckily for anyone who is confused, comes both the build below and (of course) our main page! So, throwing some casual annoyances at NVIDIA aside, let’s have a look at the GPU specifications.

Being fair to NVIDIA, there are some benefits here. Firstly, with this being a refresh of sorts, it’s pushing out older generation cards. It also effectively pushes out the RX 580 in a lot of graphics-intensive games, although if you’re just eking out playable performance in the likes of LoL or CS:GO, that doesn’t matter. Essentially, it’s a card for one purpose: bog-standard 1080p 60fps gaming. So, cost-effective? Yes, however it’s not exactly future-proofing.

With how there’s so many models, if spend a touch more, you can get a GTX 1660 for $200. Spend a little more again and you have a GTX 1660 Super for $230. Although on paper this might seem like a good thing, with the board partners essentially required to release a full line-up for each of these options, imagine being the retailer who has to stock them—or a non-tech-savvy parent deciding on products for a child. Let’s not forget, too, that the standard GTX 1650 models start at around $139.

Can you blame anyone for being confused?

The above shot is from Newegg and shows 12 models, spanning $23 and a mix of both GTX 1650 and 1650 Super cards. What makes it more confusing is there are different promotional prices, discounts, and offers on the exact same model types from different board providers. Like how the GTX 1650 Super Ventus model from MSI is ~$4 cheaper than the standard GTX 1650 one, for example.

So yes, those of us who know what we’re looking out for, and who keep up with the releases, can wade through this mess. Yet your average casual builder… probably not. Which is perhaps what NVIDIA are banking on: people just sliding toward slightly more expensive options.

Either way, for a starting price of $159 you can’t really go wrong with this card… just be careful when spending more money for a higher-clocked or larger-cooler model, when you might as well just jump to the next model up.

Complaints aside, let’s take a look at the rest of the build! 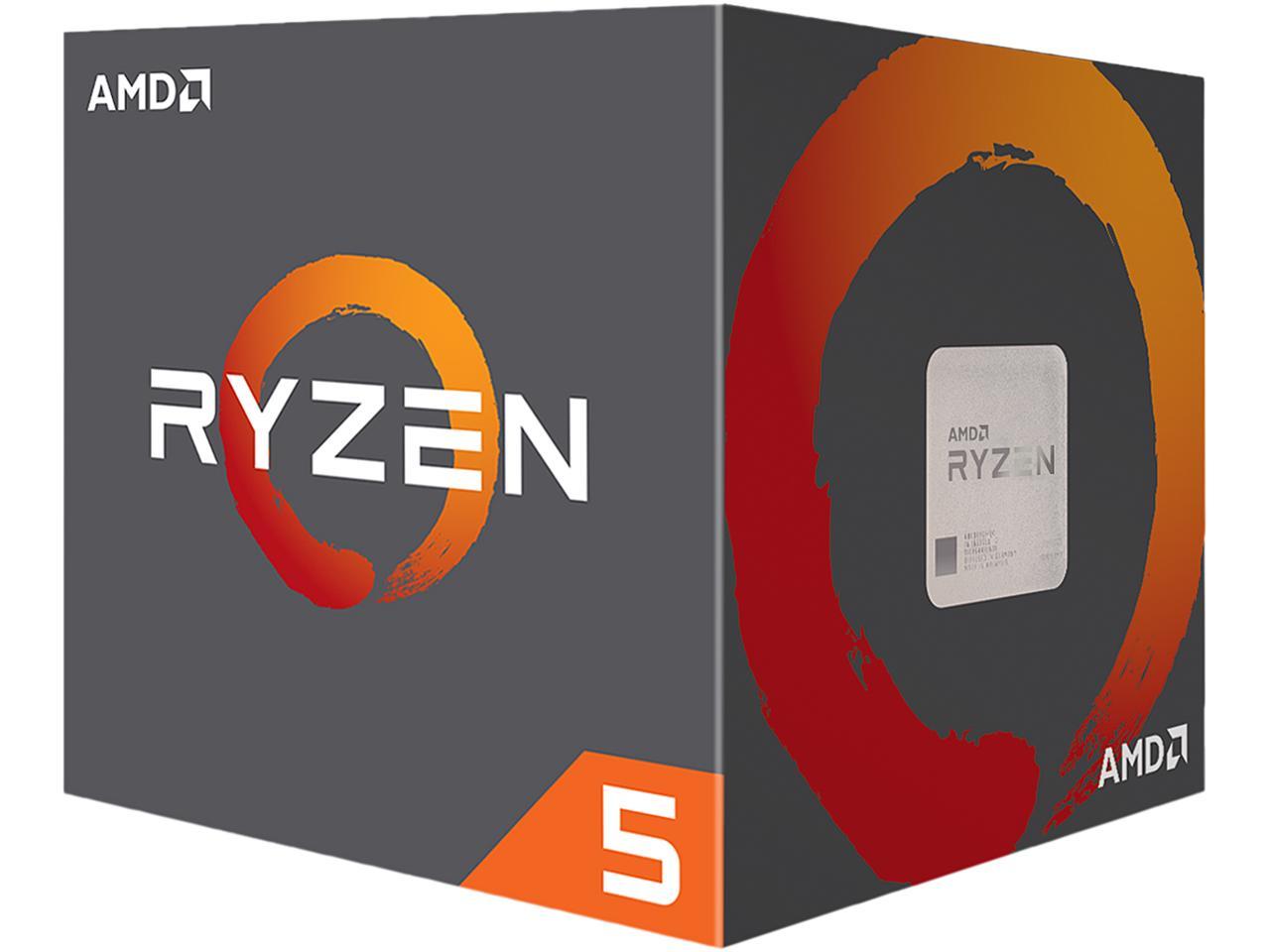 What a time to be a builder! If you had told me 5 years ago I could get a 6-core, 12-thread overclockable CPU for $120 I would have called you mad. Thankfully, AMD have been shaking things up the last few years, and as such we have this great CPU for very little cost. Oh, and the provided cooler is powerful enough to handle moderate overclocking too. Just don’t go trying to push this to its limits; it won’t like that! 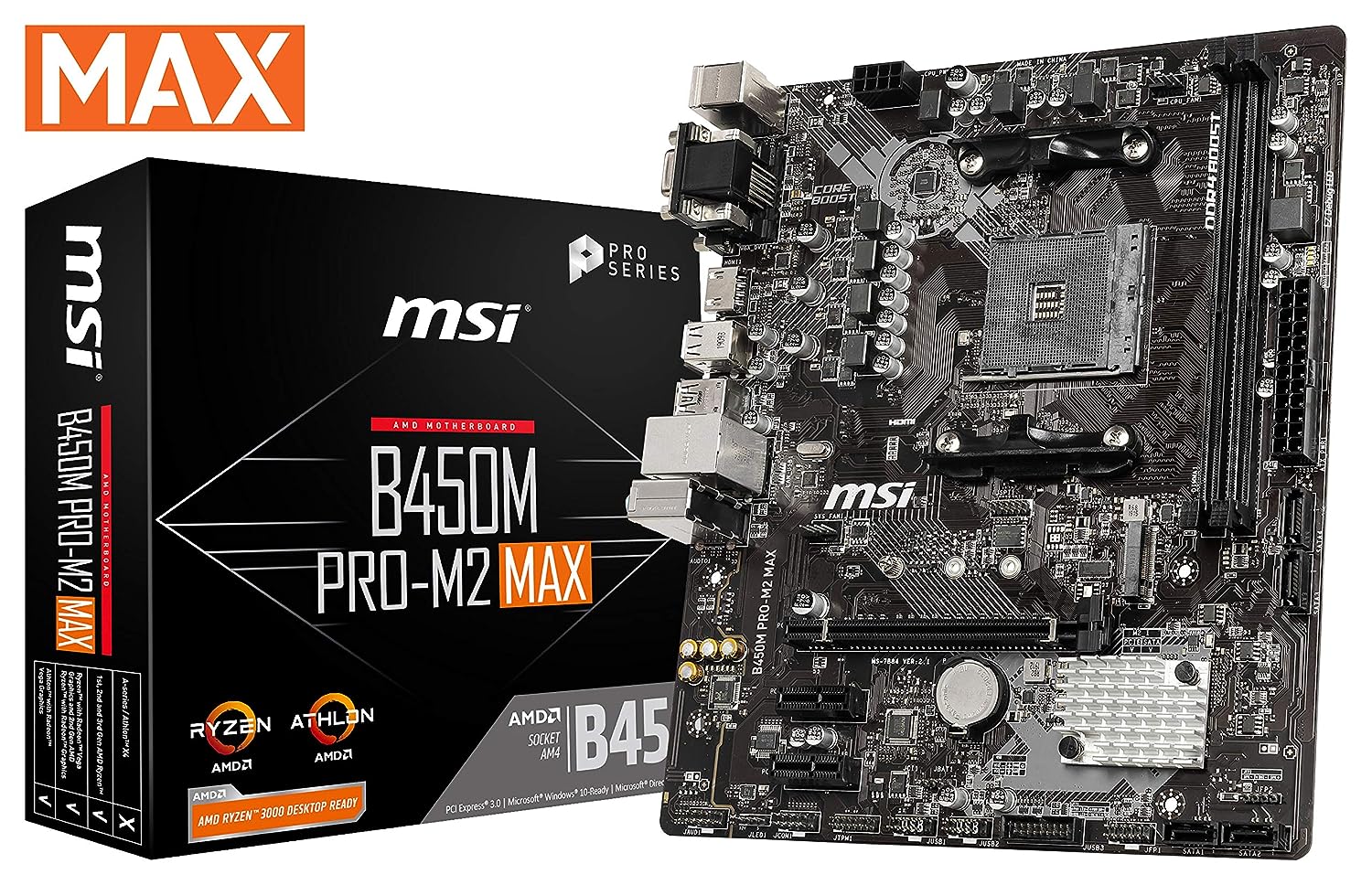 Although not the fanciest board around, the PRO-M2 does give us some nice features to work with, as well as upgrade options. The bigger ones of note are that these boards are now shipping with BIOS updates for 3rd-gen Ryzen, so you’re getting an option for a big upgrade further down the line. Plus, although not crucial for this build, the PCI-e slot is reinforced, so if you go for a larger (and heavier) GPU in the future, you’re covered.

Although not outright the fastest we could get for this build, we can’t really complain for $53. Although these don’t have the fastest timings to begin with, you can push them over the standard profile if you wish. Yet, on this particular set, it looks like anything much over 3200MHz is a bit of a lost cause, so you might as well stick with the standard profile for them. 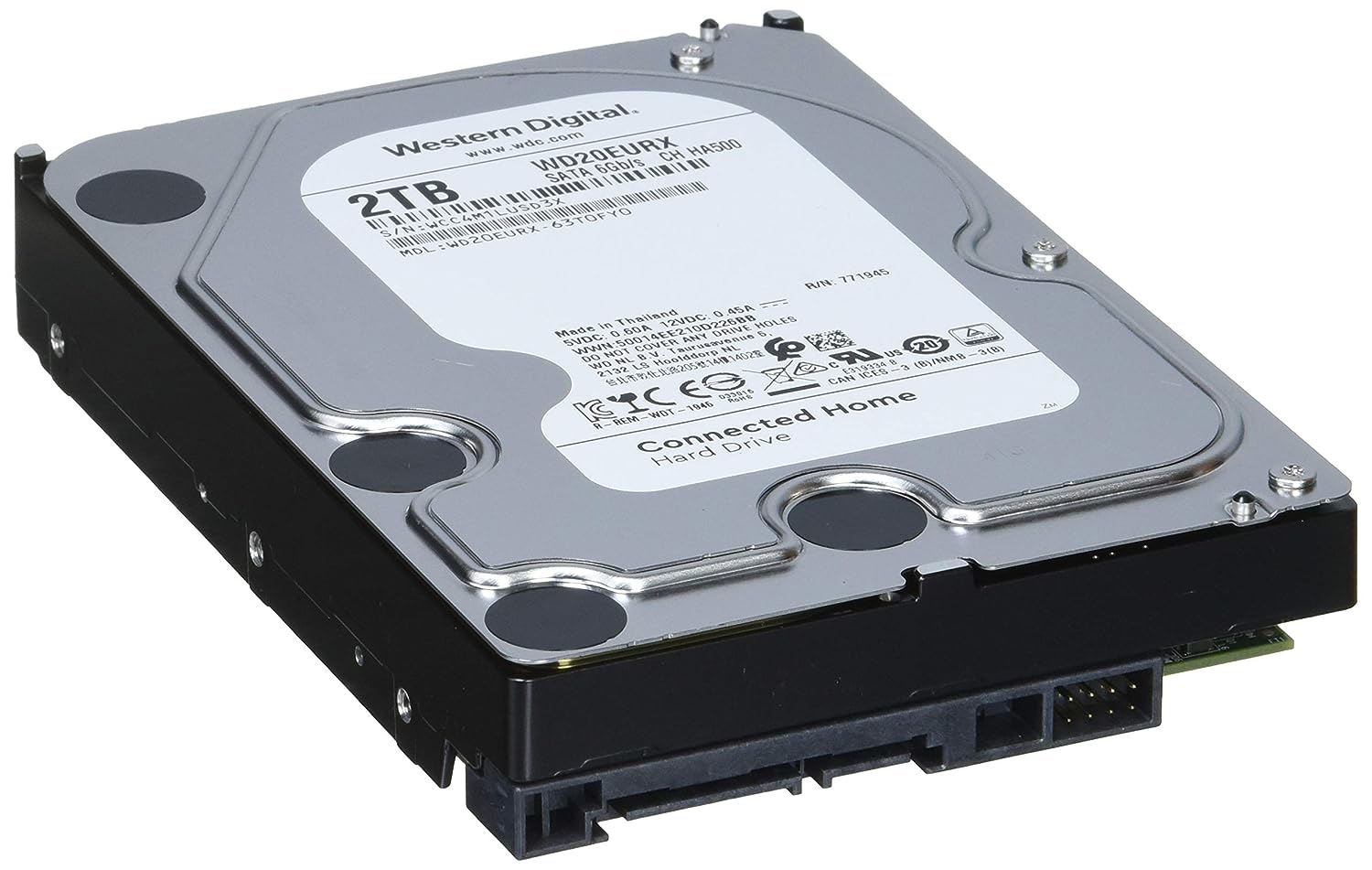 Huzzah for cheap HDD storage! The reason this particular drive has been chosen is it’s part of WD’s power-conserving AV-GP range. So they’re super-efficient, which makes them great for being a storage drive for music, videos, and that oversized Steam library (whether you’ve been playing all of your sale games or not). 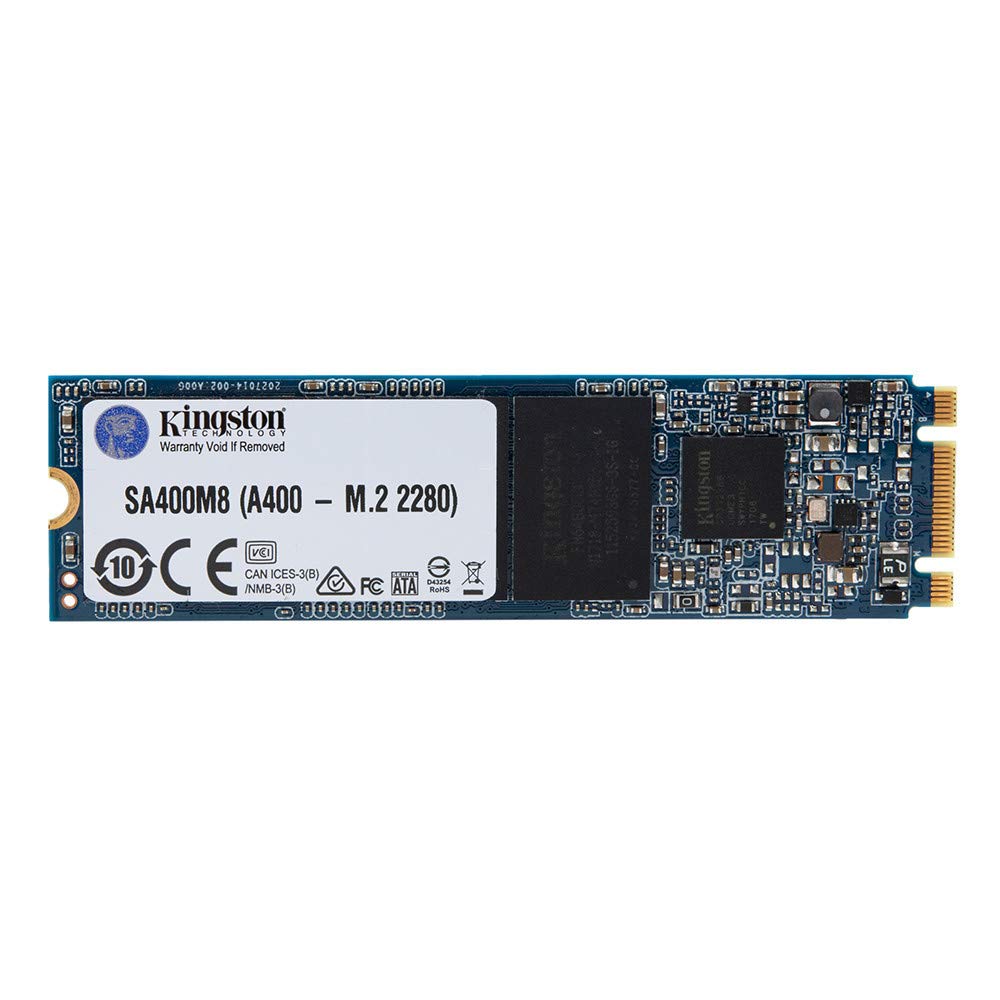 A 240GB SSD boot drive for $30?! As you might imagine, these are constantly in- and out-of-stock at this price. Don’t feel too bad if, on the day you first look, they’re not in-stock, because Kingston is providing these in insane quantities as they’re selling like crazy. And why not, when they make a perfect boot drive for any build! 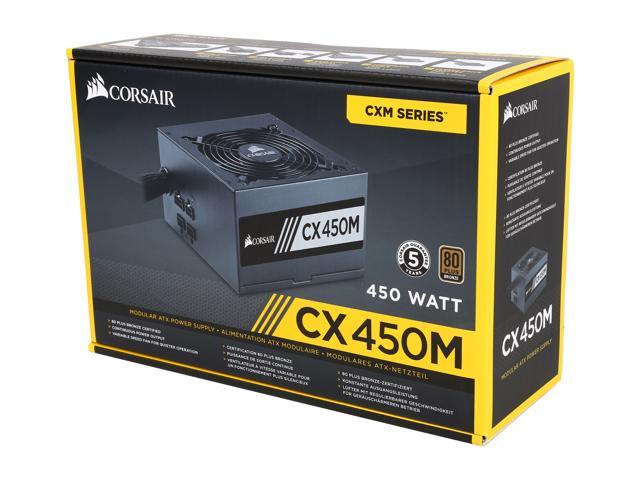 This is one of the parts where you honestly could go a couple of different ways with it. On paper, this is the best bet for this build. It provides more than enough power, and (although it’s a semi-modular supply) it’s not hard to work with. However, with being a 450W PSU, it’s not going to give you a lot of overhead for upgrading further down the line. Considering that you can go all the way to a 1200W Platinum rated, fully modular PSU for $80, here is where you can splash out a bit more if you wish to future-proof yourself for a big upgrade in the future. 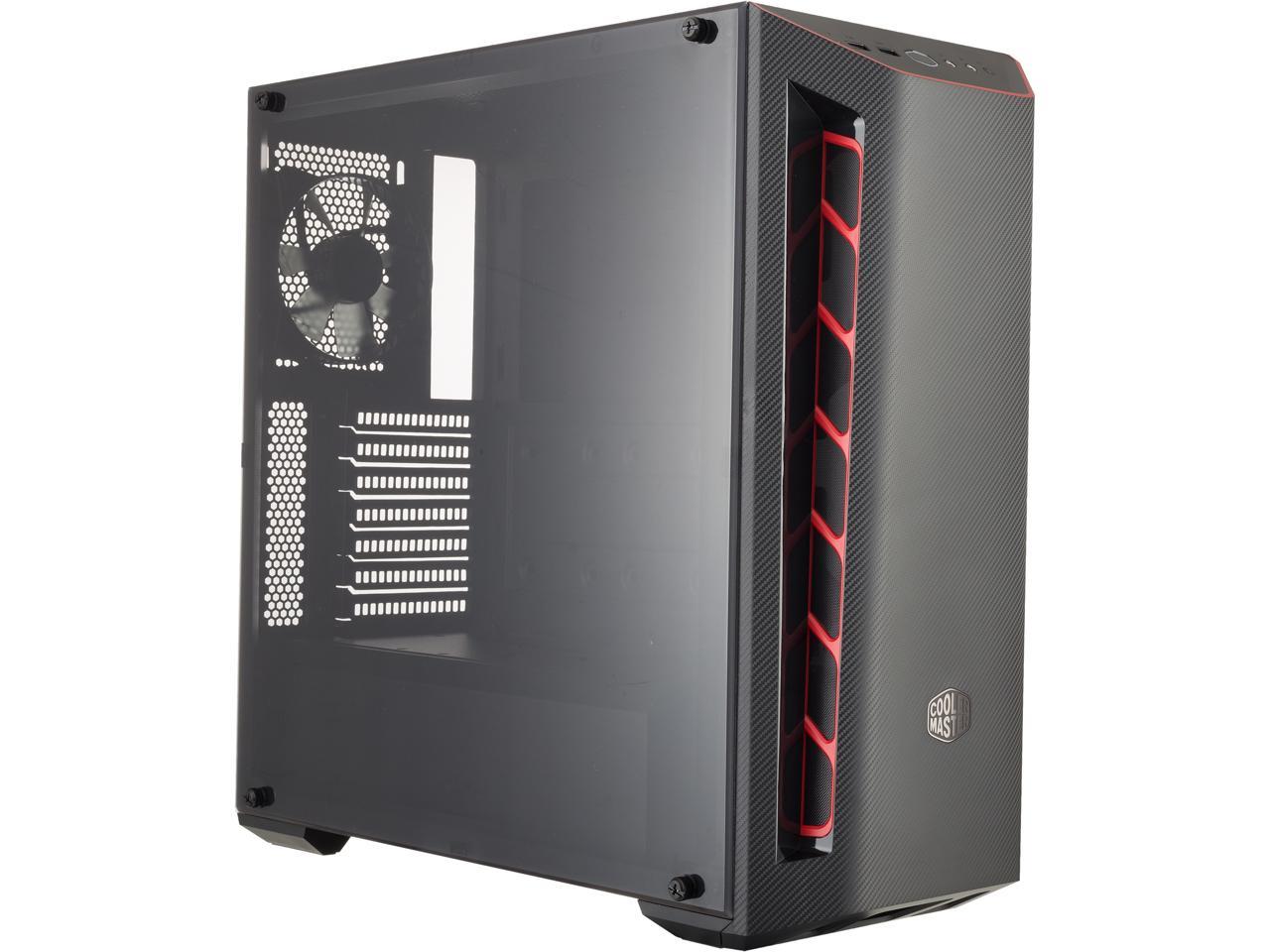 I’ve been really liking a lot of the Cooler Master case range recently. They’ve updated their line-up over the years to build on their great internal airflow design, while making them easier to build in and making them look good too. Overall, this is a great way to round out the build! Plus, you can’t really complain to get all of this for under $50 too.

I know there’s going to be console gamers out there going on about how you can get a pure 1080p gaming machine for cheaper than this. However, this build does it on maximum settings at 60fps. None of this 900p upscaling or mixing medium and high settings nonsense. We’re talking proper 1080p gaming right here (plus opening up all of the other entertainment and work avenues available on a desktop PC), all for under $600.

As mentioned above, the only thing you might consider changing is the PSU if you know that you’re using this as a stop-gap build. However, at that point, you might as well just save a little while longer and simply build a more powerful PC. Like I said, NVIDIA alone has such a big product stack that it doesn’t take much before we’re onto the next product. Plus, the Ryzen 5 3600 isn’t far away…

All told, this is a great 1080p 60fps gaming build, perfect for a first time builder or someone looking to replace significantly older hardware on a budget!

Now before you go all bonkers spending every saved up penny you have on these components, there are extras that you might need to finish off this GTX 1650 Super build:

Well there you have it, a budget 1080p gaming machine built around the GTX 1650 Super!

What do you think? Does our build do what you want it to do, or does it fall short? Would you pick certain parts differently or would you not even build with the GTX 1650 Super at all?