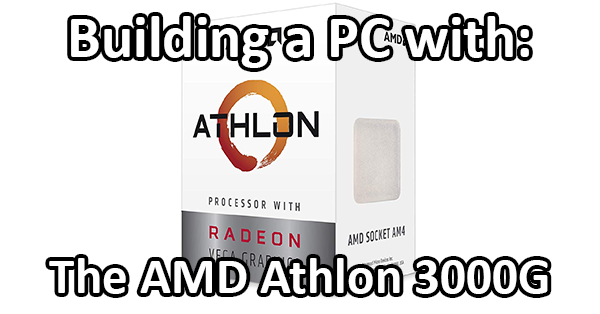 Yet have AMD hit the mark with this, or fallen short? Let’s find out!

This Costs How Little?!

Although AMD are rightfully making all the headlines with the 3rd-generation Ryzen CPUs right now, they aren’t forgetting the little guys. If you think about it, having a super-inexpensive starting point makes this a really, really interesting prospect for builders. So, a brand new $50 CPU is a great base for that. This launch covers two things;

AMD Athlon and Vega graphics: perhaps not a perfect pair?

That last point is an important one, mainly because (if you wanted a build that is better at multitasking) then an R3 2200G or R3 3200G is a better option here. Yet, if you know that you just want a barebones gaming system, the AMD Athlon 3000G is for you!

So what do you get with this budget CPU? Let’s take a look at the specifications. 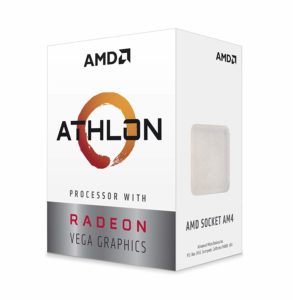 A few quick things for the eagle-eyed amongst you:

First, we’re not including the Vega graphics information here mainly as (spoilers) we’re going to be running a standalone graphics card in the build below.

Second, you might have noted that there’s only a base clock value here. This is because there is no boost function on these chips. They just run at the clock they’re set at.

However, this is an unlocked chip, so we can overclock. Most have reported a modest OC to 4GHz and, frankly, I wouldn’t bother trying to push it much further than that. Outside of the stability not really being there, you need to remember this is a $50 product. You don’t want to go melting your whole system in search of an additional 0.1GHz.

Plus, we’re still going to be using the provided cooling solution from AMD. Now, for these Athlon chips it isn’t a fancy Wraith cooler; it looks a bit more old-school than that. Honestly, it reminds me more of the Intel cooling solutions, yet in this case they do enough for our purposes. Like I said though, don’t go crazy. 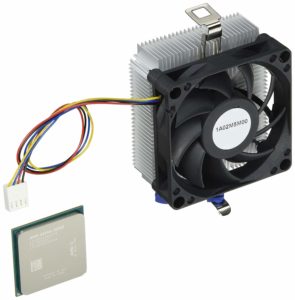 It’s a provided cooler in an already-cheap package… we’ll take it.

All told, we’re (hopefully) not going to set the world on fire with this one. We’re just making a nice budget system. Yet how cheap is it? Well, let’s get into the other parts. 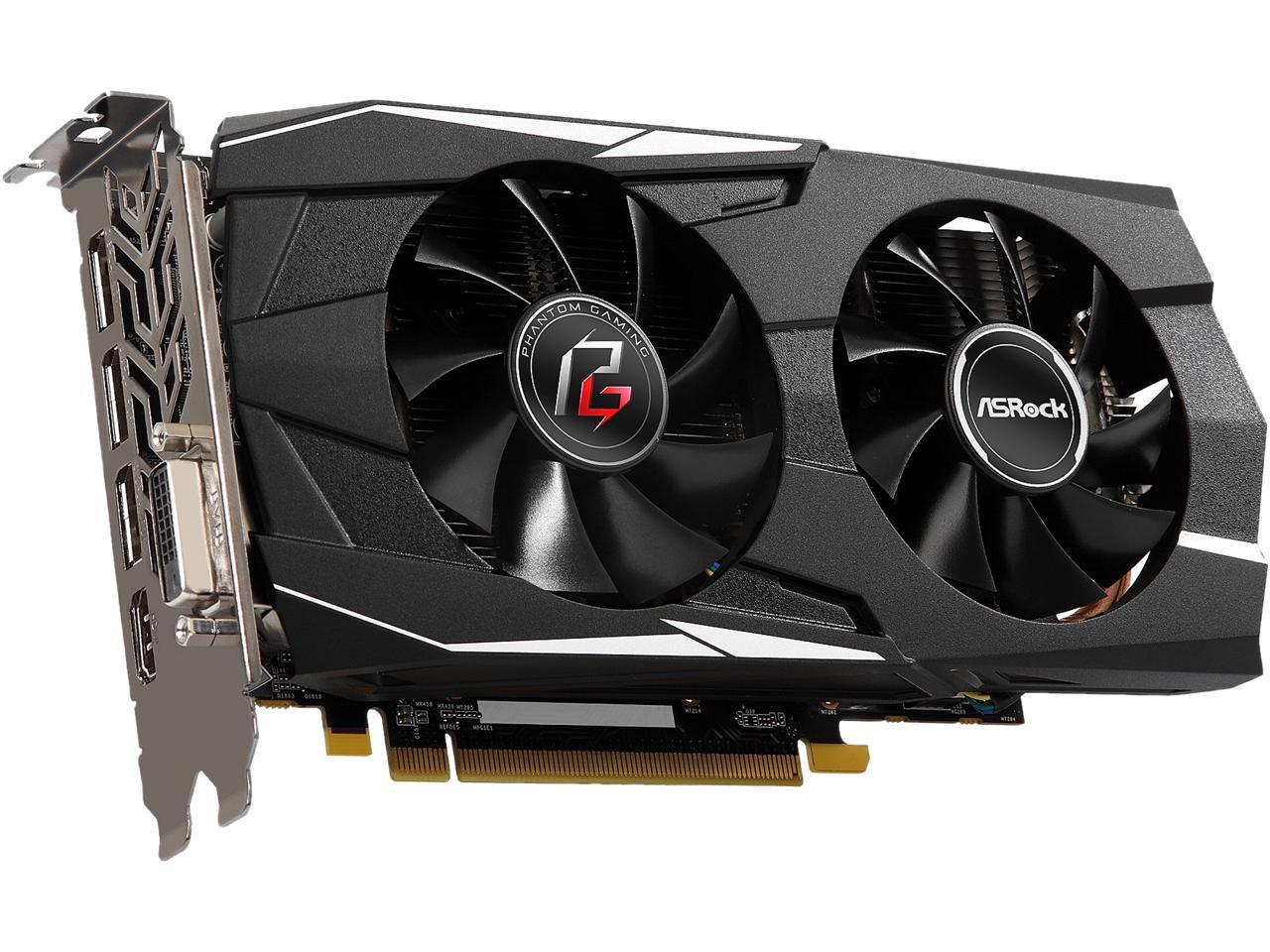 In what is far-and-away our most expensive part, we’re going with an RX 570 graphics card. Believe it or not though, thanks to some recent GPU releases, these are now down at $100 for some models. Shop around for the 4GB models as there’s a lot of time limited deals popping up that are making more expensive versions of this come in around the same price.

What we’re getting here is a no-frills 1080p GPU. You’re not going to be pushing 60 FPS on max settings for intensive games like The Witcher 3, Monster Hunter World, PUBG, and so forth. But if you tweak the settings to a medium mix, you should be good to go in most situations. All told, it’s a really solid GPU for a genuinely cheap price. So, although it’s the most expensive part, it fits the rest of the build nicely! 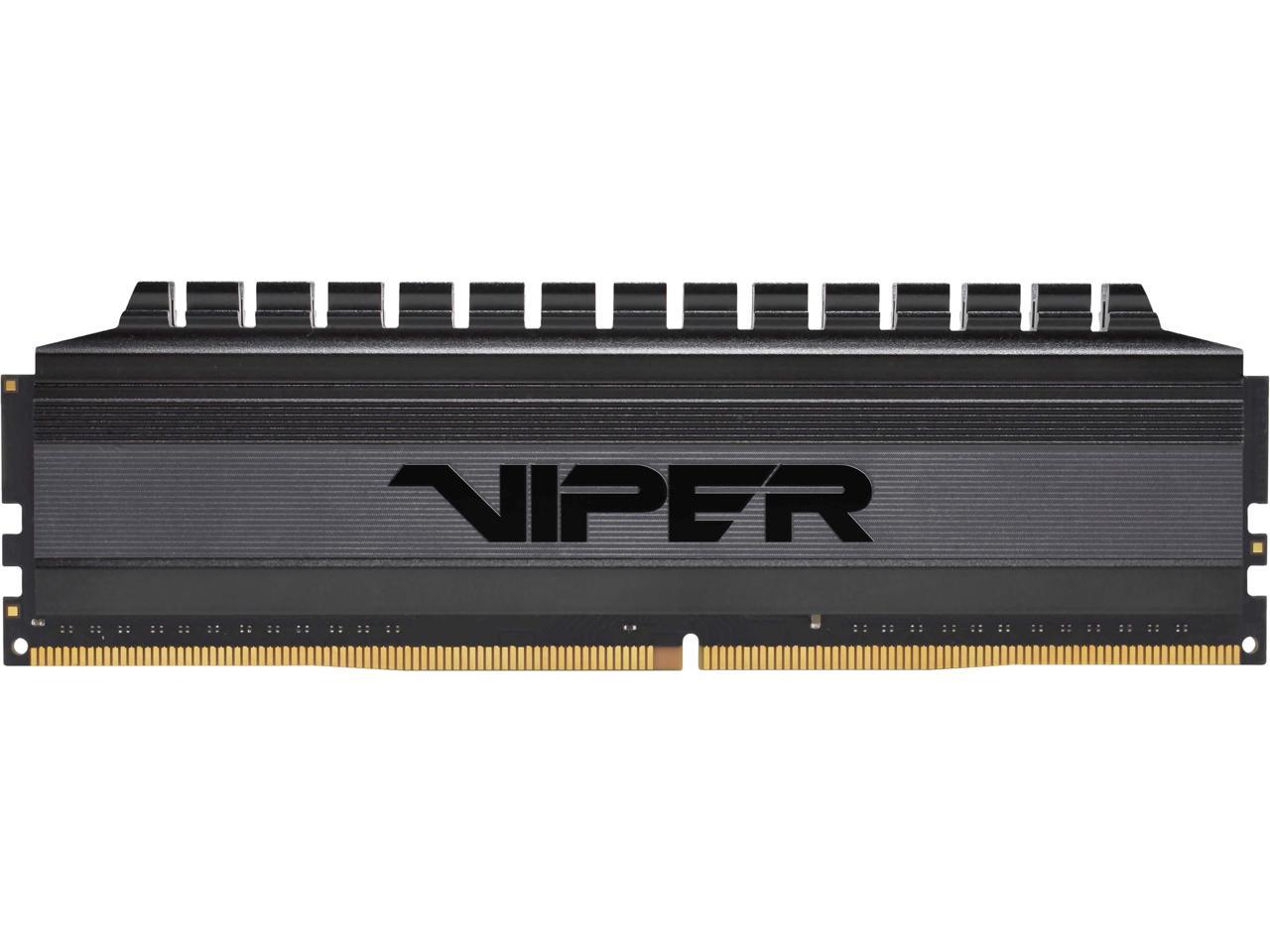 Although running dual-channel RAM has a very small performance improvement, we are looking at squeezing out as much performance as humanly possible here. We’ve selected this 3000MHz kit from Patriot because it’s so cheap. It’s important to note that the Athlon chips are only rated up to 2667 MHz, so 3000 MHz is likely to provide as much speed as we can reasonably use. However, mileage may vary here with the CPU being at such an entry-level price, so you might need to be careful tuning this to your liking. 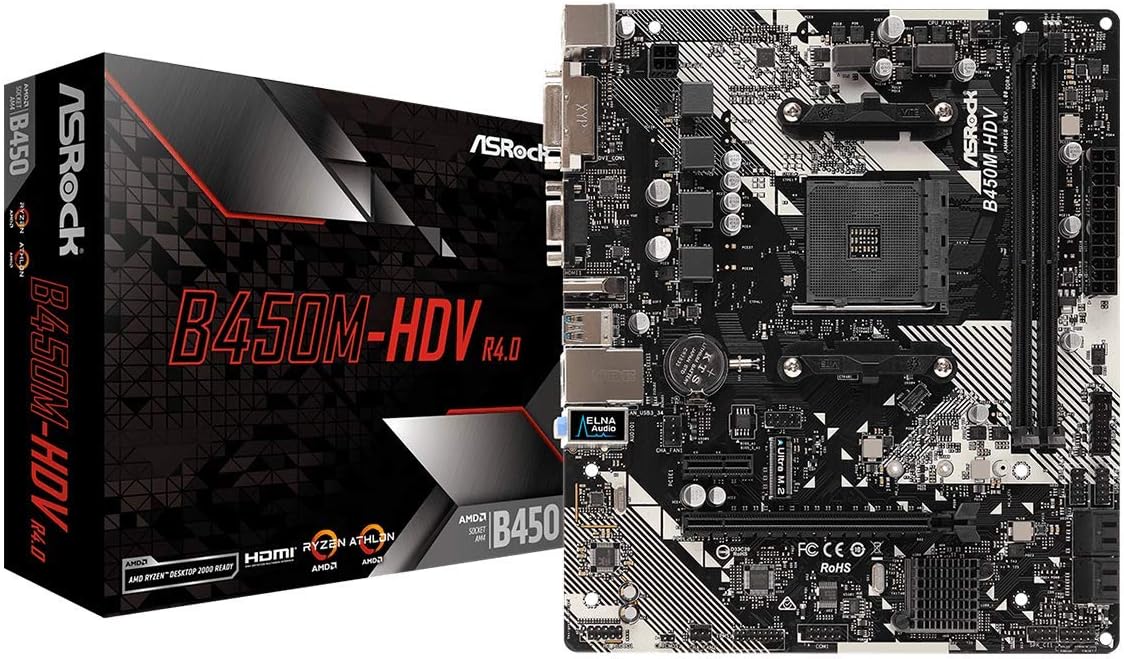 IMPORTANT: vendors are flagging the older B450 boards as needing a BIOS update to use the 3000G. Although most on the market now do have the update, check with the retailer before you buy!

So, there’s a number of nice things with this board, despite the size. The main I/O is a touch simplistic, yet it’s enough for our purposes and the board can handle our power needs with no problem. Our main advantage is being able to overclock on this board out-of-the-box. As mentioned above, don’t push any higher than 4GHz, or you’re probably going to end up with a bad time. 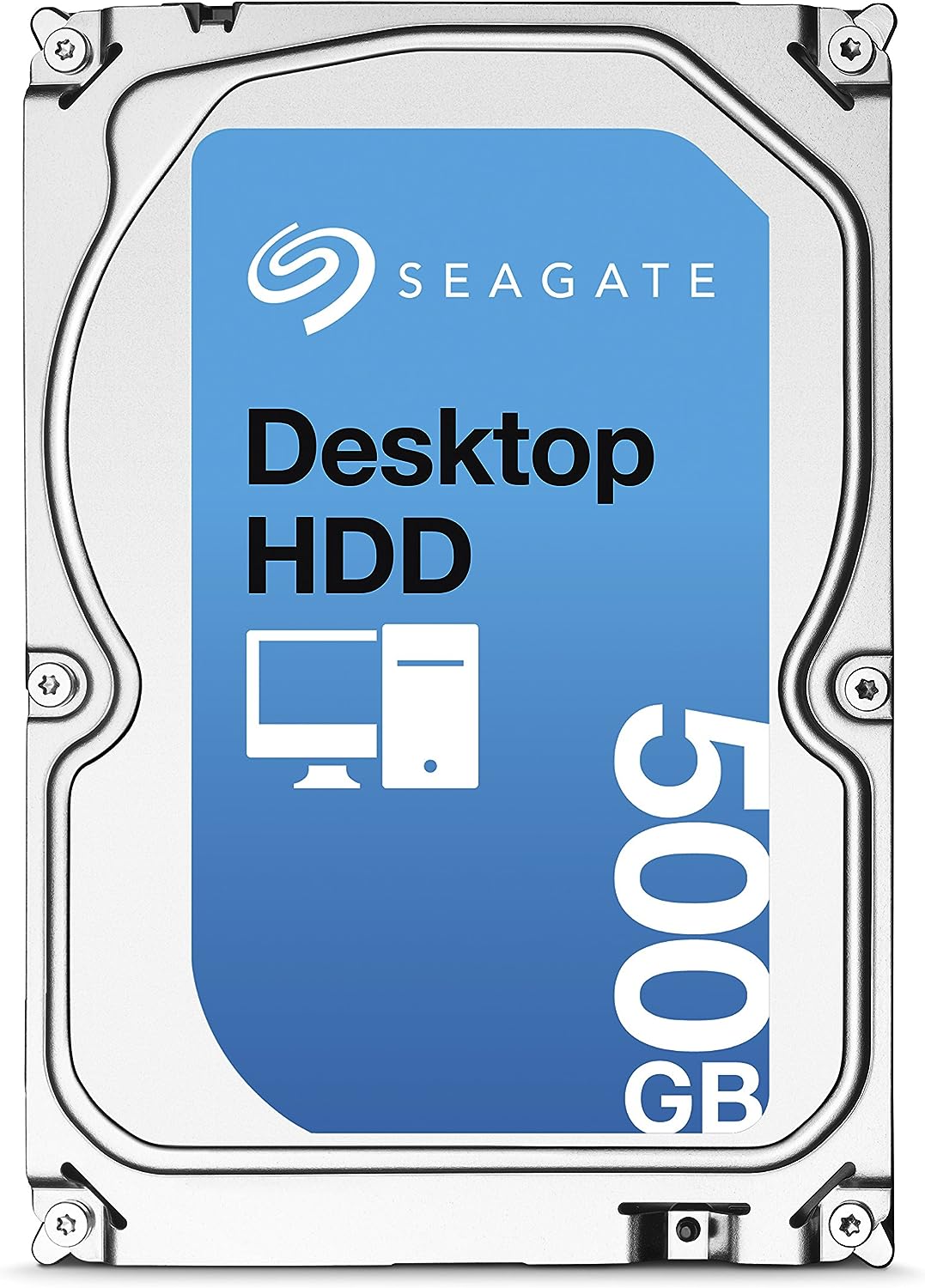 500GB for $20?! Right now, that’s a bargain price for a decent chunk of storage. However, depending on when you’re viewing this, keep an eye on the price of the 1TB model. It can sometimes dip just below $30, at which point it’s worth paying the extra $10 to double your storage. Otherwise, this is a simple, no-frills HDD to use as your main drive for most data.

Speaking of bargains, get a load of this! $22 for a 240GB M.2 SSD with a read/write speed of 2200/2000MB/s. Now, the main thing here is you very rarely see a SSD at this build price point. That’s why this is marked as optional, but if you can handle the extra $22 on your budget, you’re going to get a nice bump in performance. If you do go for this component, use it as your main OS drive and software installation location. Then you can use any additional space you have left over for installing your favourite games. 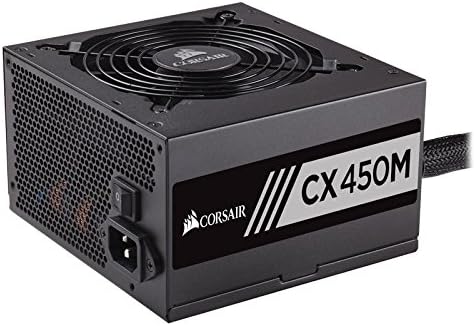 So, here’s the main negative of having the discrete GPU. If we were just using the integrated graphics, then we could happily get away with a super-cheap 300W power supply here. However, we’ve gone with a power-sucking RX 570, so we need the overhead. Without that, we’d be lucky to even be drawing 200W, yet those are the breaks when trying to squeeze out performance on a budget. Something has to give somewhere. 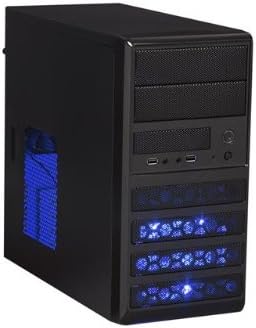 This is a basic case that comes with 2 standard fans and a decent front I/O setup. As you can see by the front, it’s capable of taking a fair amount of expansion drives, but if you’re not interested in any of that, you can remove the internal cages for a little extra room, at which point you’d be left with a big box to build in.

One thing to note about this is the PSU is mounted at the top, so you’re going to have the fan for that blowing into the main chassis unless you do some finagling. Although this isn’t too much of an issue, just keep it in mind as you only get a 120mm front fan and 80mm rear fan. So, for the sake of improved airflow, you might want those fan spinning up to high speeds sooner rather than later (with the downside of increased volume).

You really can’t go wrong at this price. As mentioned above, you’re not going to set the world on fire with this build. But if you want a really basic 1080p gaming setup, then this is for you! I’d personally spend the extra $20 for the SSD if you can, as it will add some much-needed spring to the build. Yet if you don’t mind the longer load times, this will still give you a solid 60fps on medium settings and up in most games.

So yes, the AMD Athlon 3000G isn’t a monster, but it doesn’t need to be. It does the job and it’s remarkably inexpensive. Simple as that, really!

Now before you go all bonkers squeezing every saved up penny you have on these components, there are extras that you might need to finish off this AMD Athlon 3000G build:

Well there you have it, a great basic 1080p gaming machine built around the AMD Athlon 3000G!

What do you think? Does our build do what you want it to do, or does it fall short? Would you pick certain parts differently or would you not even build with the AMD Athlon 3000G at all?