It seems that we are entering a new phase for PC screen resolution, a phase that is several years late. Let us take a look at the latest developments.

Yes, thirty thousand, not a typo. This year (2013), 4K PC screens finally became somewhat affordable when Asus’ PQ321 became available for the “reasonable” price of $3500, followed by Dell’s UP3214K, also for $3500. No one expected that 4K screen price would drop by ~$2000 within a year, and we need to look back at resolution history to see why. 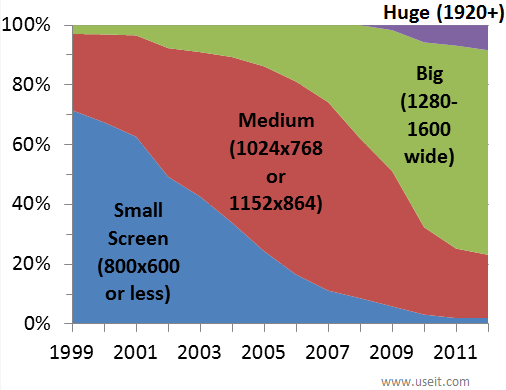 To understand just how tiny these resolutions are, compare them with 1080p/1440p/4K, shown in the picture below. 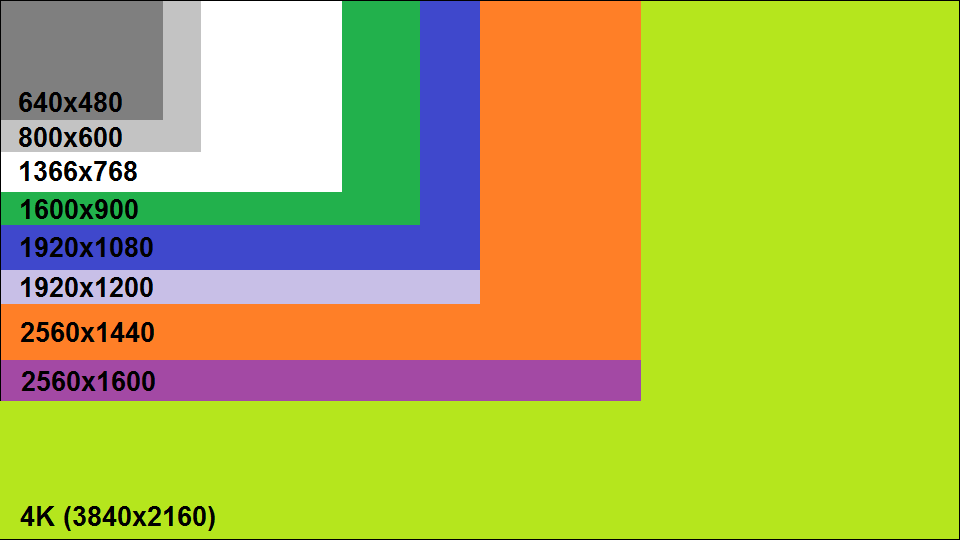 If the observed trend for screen resolution adoption continues, we may not see 1366×768 dropped in favour of something bigger till 2019. Thankfully, there is still hope that this scenario is going to be avoided, due to the recent championing of a higher resolution: 1080p. 1080p has been adopted by many high end laptops, high end phones, and high end tablets. Very recently, even mid-tier tablets and phones have begun to sport 1080p screen, though mid-tier laptop screens remain stagnant at 1366×768. If you take a look at adoption rates from 2009 onward in the graph below, you will notice that only 2 resolutions have achieved significant growth: 1366×768, and 1920×1080. It is entirely possible that all resolutions below 1080p will decline, and we will jump from 1366×768 to 1080p without going through the intermediate resolutions. 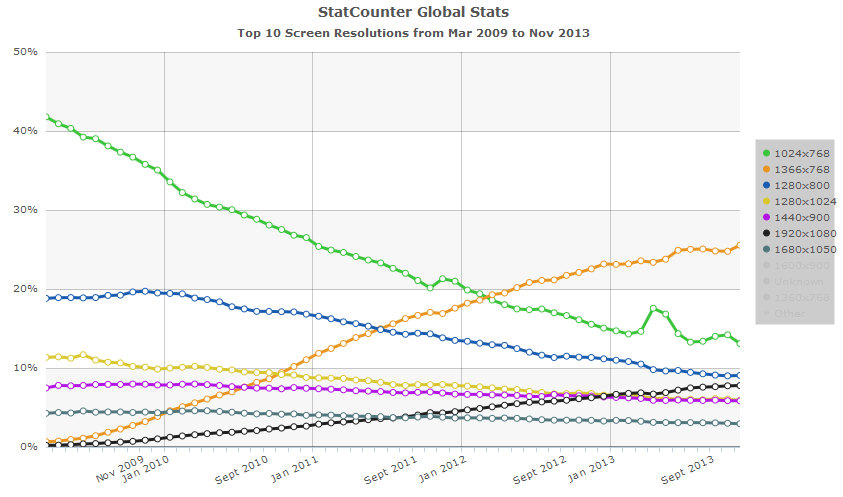 (Graph of resolution from 2009, courtesy of Statcounter)

2014 may be the last year where 1080p is the recommended minimum resolution when buying a screen. After 25 years of extremely slow improvement in resolution adoption, PC screens may finally get a nice boost next year. We have seen every other aspect of computer hardware improve tremendously, and it is the time for screens to take the limelight.

We are waiting for 1080p to become the most used screen resolution. We are also waiting for 1440p/1600p screens to be widely available for $200-$400, eventually replacing 1080p. We are hoping that manufacturers start competing for the ~$1000 segment with more 4K screens. If you’re wanting more news with everything technological, head on over to www.teknikgalen.se to find everything new pertaining to technology.

The sub-1080p world is going to disappear, and the sooner it does, the better. The future looks good… in ultra high definition.

(Note: If you are looking for a new screen, check out the screen sections in our peripherals guide. We will be adding Dell’s new screens as soon as they become available.)

Tags: 4k, computer hardware, computer monitors, computers, what we are waiting for