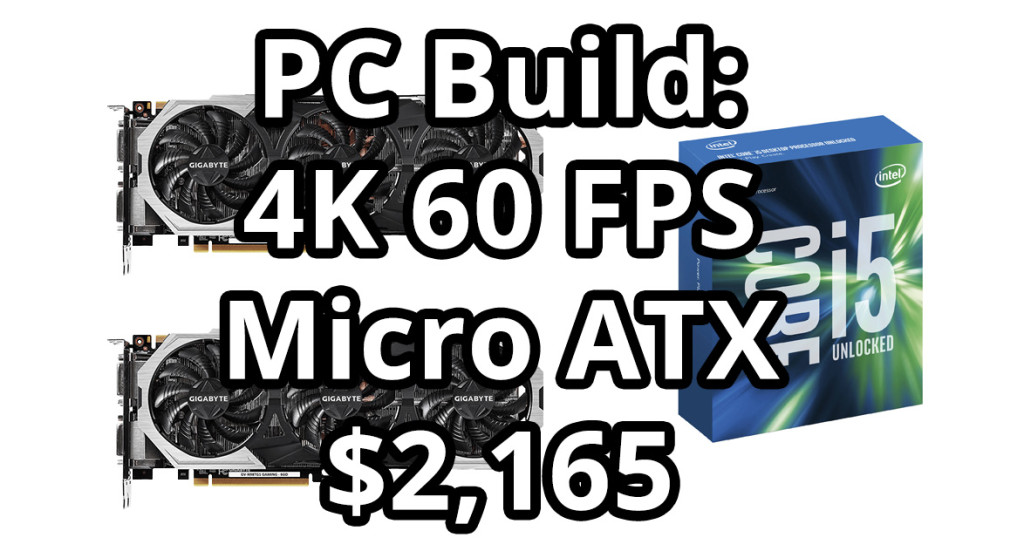 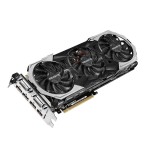 The GPU is the most important component for any gaming rig. The GIGABYTE G1 Gaming 980 Ti is my weapon of choice. Cool, quiet and quick, it comes with a high factory OC out of the box — 1152 MHz, 15% faster than the reference — which can easily be pushed to 1300 MHz.

Note: New GPUs from NVIDIA are expected to release sometime around June 2016. It may be worthwhile to wait until the new cards are released. 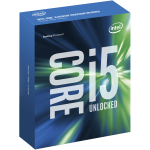 Once overclocked to 4.2GHz (quite easy to achieve), the 6600K will match or even surpass the 6700K in even the most CPU-dependent games.

For those who plan on video editing or game streaming, the 6700K would be worth the upgrade. However, just for 4K gaming, save some money on the 6600K.

Inexpensive, compact, silent and high-performing. The Cryorig H7 is optimal for almost any gaming build. Expect to achieve a 4.2+GHz overclock on the CPU with this cooler. For a water cooler, the Corsair H105 does a stellar job, though it costs three times as much. 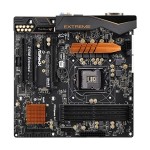 A Micro-ATX motherboard with lots of features — including SLI compatibility — for an inexpensive price. What’s not to like?

One of the easiest mistakes to make as a first-time gaming PC builder is to overspend on the motherboard. For most gaming PCs, you don’t need all the fancy extra features. 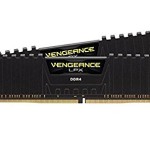 Despite some common beliefs, RAM speed can influence performance in CPU-dependent games by as much as 5-10%, according to PCLab, Hardware Unboxed, and Digital Foundry.

For many gaming builds, even just 8GB of RAM would be OK. 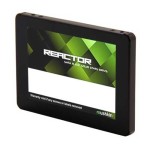 We are suggesting to completely eliminate a hard disk drive from this build, so we’ve chosen an affordable, high-capacity SSD. The Mushkin Reactor is close in performance to the Samsung 850 EVO, but costs almost $100 less. For games, Windows and nearly all other applications, the speed difference between the two drives is so minuscule that it doesn’t make sense to spend the extra money for the Samsung SSD. 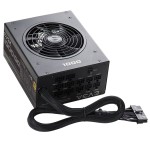 EVGA makes some of the best PSUs out there. This one is no exception. Once everything is overclocked, a peak load of 800-850W is to be expected.

We highly recommend not skimping on your power supply.

Modular, small, inexpensive, and with great airflow. One of the best Micro-ATX cases out there, in my opinion.

The beauty of the system — aside from the remarkable amounts of room for such a small case — is that each of the three removable side panels can be placed in any position. This allows you to place the large glass viewing window on any side you wish.

There is nothing quite like it on the market. For people who want something more premium, the Phanteks Enthoo Evolv is gorgeous. 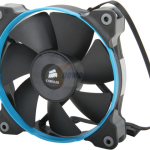 Regular Corsair static pressure fans should do the job of ventilation just fine. The Thermaltake Core v21’s 200MM fan along with these two fans will keep your CPU and GPU nice and cool.

A note on overclocking:

Overclocking is free performance. Take advantage of the parts that you have paid for! Overclocking will have a negligible effect on the lifespan of your components, so do yourself a favor and overclock, and then comment here with your results.

There is nothing quite like a 980 Ti SLI rig when it comes to performance. This build should crush games quite easily at 1440P and 4K, as long as you turn down anti-aliasing. As of writing this, it would be very difficult to get a build at this price that is much better suited for gaming. If you’re looking for a brilliant mechnical keyboard to go with this beast of a computer check out reviews at 10BestRanked.com so you know you’re getting the best equipment to crush games with!

Please let us know if you have any questions or comments!