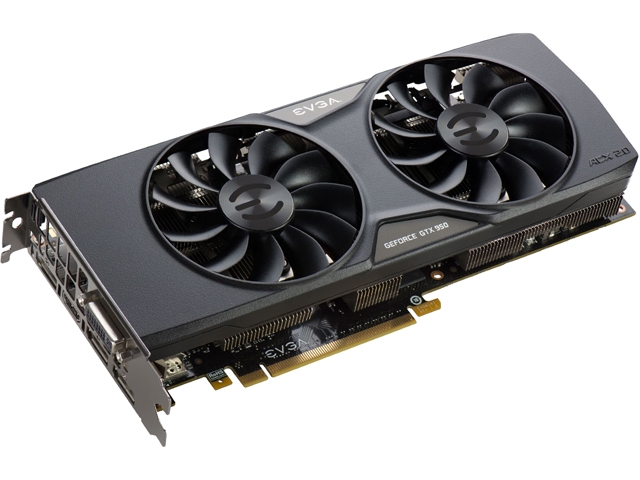 This week, NVIDIA launched the smallest member of its Maxwell GPU family, the GTX 950. Launch prices range from $160 to $170, depending on manufacturer, landing the 950 firmly in the ‘mid-tier’ GPU category.

After examining early reviews, we have added the new card to the Very Good tier on the U.S. parts list. Looking at its competition, it beats the AMD’s $150 R7 370 and matches the performance of AMD’s slightly pricier R7 270X.

Cards in the mid-tier segment do not typically cause excitement. They’re not the cards you buy to show off. Mid-tier is where you can play all the latest games — at medium settings — or amaze yourself by playing games at full settings… as long as they were released three or more years ago.

The GTX 950 is not an exciting launch, and even NVIDIA are marketing it as a “MOBA card,” even though the vast majority of MOBAs will run on a wristwatch. In powerful games like Witcher 3 or Crysis 3, you will only get 20-30 FPS. The 950 also needs a PCIe power connector, unlike the 750 Ti that came before it.

And yet, despite the lack of excitement, the 950 is a pretty good card. The performance will not wow anyone, but it beats its direct competition. Even though it needs a power connector, the card still uses very little power, and runs cool and quiet. Boring? Yes, but boringly good is still good.

Also worth noting: The mid-tier segment is very overcrowded. Newegg lists some 500 different models of mid-tier cards, of which about 150 can be considered modern. For some, this is good news: You are guaranteed to find cards that are within a few dollars of your budget. The trouble is that most folks would get overwhelmed by having to pick from ~150 choices.

So, the Very Good tier welcomes the GTX 950. We’ll be watching (and hoping) for it to cause some price wars with its mid-tier competition!